John Fell and the Fell House 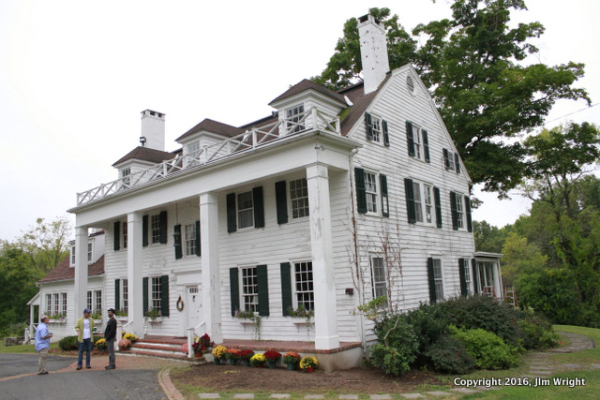 Stumbled across this amazing place serendipitously. Heard that a musician I liked was doing a concert in New Jersey at a place called the Ross Farm, and thought I should look into it. I did (and the concert was great, too).

Turns out that the 50-acre Ross Farm is the nickname for the Boudinot-Southard-Ross Estate. And as anyone who cares about the history of Allendale's historic John Fell House knows, a fellow named Boudinot was the key figure in securing the release of John Fell from the notorious Provost Jail in Manhattan during the Revolutionary War.

Could it be the same guy? Yes.

Elias Boudinot, a key aide to General George Washington during the Revolutionary War, was also the president of the Continental Congress. You can learn more about this amazing Founding Father here.

As for his house, he moved there in July 1777 to escape the danger of capture by British troops and Loyalists.  John Fell, as you may know, was captured by Loyalists in his home in Allendale on April 22, 1777. 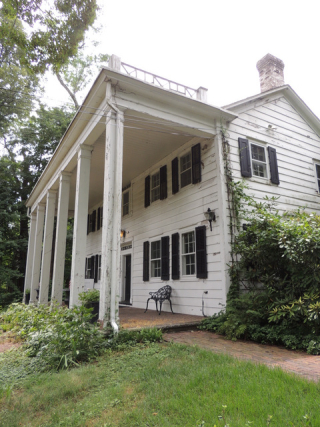 A slideshow of the the house and garden  is below.

You can learn more about the 62-acre Ross Farm here. (BTW, The Celery Farm was once part of John Fell's estate.)

More on the Fell-Boudinot connection tomorrow. 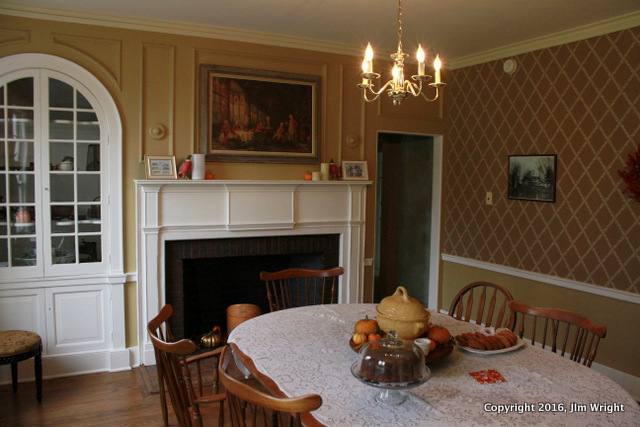 Another month, another mystery.

Can you identify this historic Allendale house, and where was located?

A big clue is in the painting, which hangs in the Fell House, across from the Celery Farm on Franklin Turnpike.

Record's 'Name-dropper' Is About Allendale

Jeff Page's Name-Dropper column in The Record today is about Joseph Warner Allen, for whom Allendale is named. Allen lived in the John Fell House while he was town. Jeff did not mention this, but there is a rumor that Allen called the town My-dale when he lived here.

An earlier Op-Ed piece I wrote about Allen and his amazing life is here.

Sadly, the only artwork I could find of Allen was a scene of his drowning off North Carolina during the Civil War (above).

This is a reading of "The Night Before Christmas" at the Fell House 0n Dec. 6, 2015, before a rapt standing-room-only audience.

With a surprise appearance by ...

Thanks to Stiles and Ginny, and to all who attended the holiday open house. 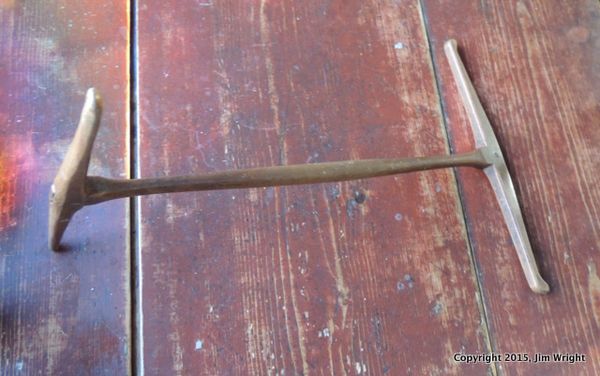 This is a history mystery -- on loan to the Fell House by the Pirie family.

Yes, it is the Piries of the Pirie Mayhood Tower fame.