Home Archives Profile Subscribe About Jim
At the Butterfly Garden
Is This the Little Blue Heron? 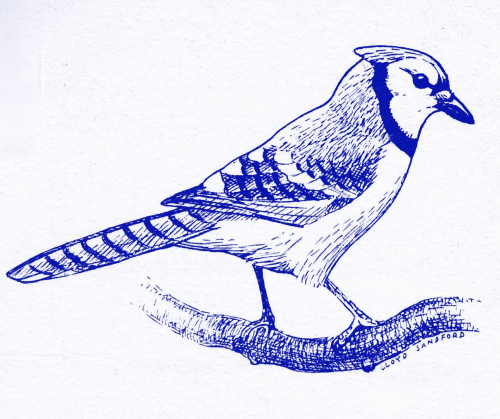 My column for The Record today is about an incredibly prolific nature artist from Fair Lawn.

His art was seen by millions, even if they never knew his name.

File this column in the “better way late than never” category. While researching an upcoming book on screech owls, I came across an amazing wildlife illustrator from North Jersey who died 51 years ago this summer. 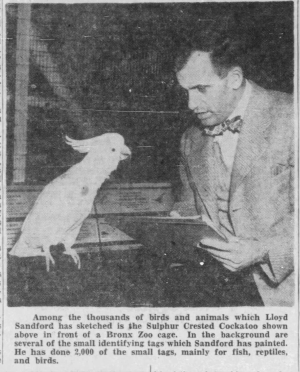 His name was Lloyd Sandford, and aside from a four-year stint in the U.S. Army during World War II, he spent his adult life drawing animals and maps for the Bronx Zoo. In his spare time, he illustrated nature books that ranged from a children’s book about a mallard that flew backward to a two-volume encyclopedia of the raptors of the world.

He also drew the beautiful illustration of a blue jay shown here that adorned the Bergen County Audubon Society's logo and masthead for years.

One secret to Lloyd's success? He would study the animal for hours to get the most life-like pose.

“In all the pictures, I try to combine principles of fine art and scientific illustration,” he told The Record long ago.

Lloyd started to draw as a 7-year-old in Newark. By age 14, he took his sketch pad to the Bronx Zoo, drawing wildlife from when the zoo opened until dusk. When a zoo official noticed the talented teenager at work, he hired Lloyd to draw two-inch-tall paintings of the animals for the cages. 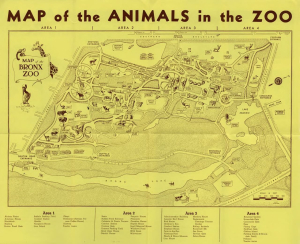 Those small labels grew into a big deal. “Lloyd's job at the zoo was to create beautiful identification labels for all the myriad animals that were on live exhibit,” recalls Steve Quinn of Ridgefield Park, a noted diorama artist for the American Museum of Natural History. “One could identify what sort of bird that one was seeing by finding it among Lloyd's identification labels that were mounted on the railings surrounding the zoo enclosures.”

At the time of his death, Lloyd had illustrated 5,000 labels (and the zoo map, above). No wonder The Record once called him “the biggest one-man art show in NYC.”

According to Quinn, Lloyd was also an informal mentor: “Back when my big brother John was a budding bird artist, he sought out Lloyd’s advice to get started in the field. My brother would drive over to the zoo to meet Mr. Sanford to have him review and critique his bird illustrations and paintings, and my brother would always bring me along.” 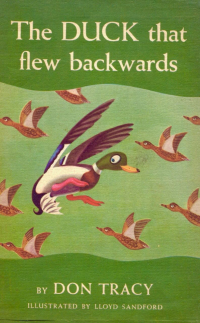 In his spare time, Lloyd was quite the bird watcher, urging people to visit Greenbrook Sanctuary, the Oradell Reservoir (for ducks), and Garret Mountain during migration: “It's an observation place on a sky highway for hawks.”

Lloyd shared his Fair Lawn home with his wife, two children, and 450 stuffed birds and mammals that he had taxidermied. When asked what he wanted to do when he retired, Lloyd replied, “Go to the zoo to sketch.”

Alas, he never lived that long. He died in an auto accident on Route 4 at age 54. I’d like to think he was on his way home from the zoo.

My column for The Record today is about an incredibly prolific nature artist from Fair Lawn.

His art was seen by millions, even if they never knew his name.