Monarchs Are Still In Trouble 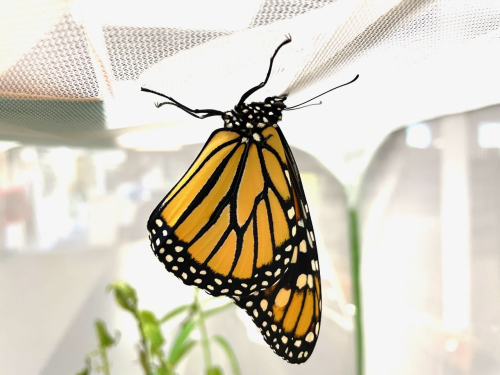 North America’s monarch butterfly, whose showy looks and extraordinary migration have made it one of the continent’s most beloved insects, has been classified as endangered by the International Union for Conservation of Nature, the world’s most comprehensive scientific authority on the status of species.

The decision comes after decades of falling populations driven by losses in the plants they need as caterpillars and in the forests where adults spend the winter, combined with climate change, the assessment found. The authors reviewed about 100 studies, interviewed experts and applied criteria from the group’s Red List of Threatened Species to come up with their decision.

I only wish the article described how well butterflies in general are faring -- not just Monarchs. 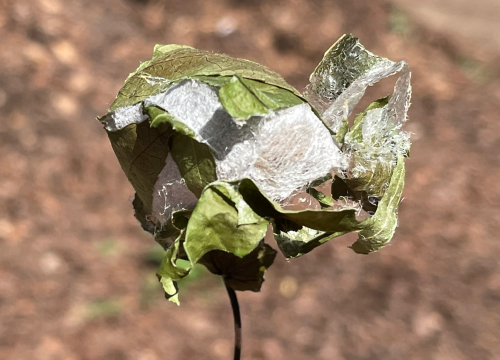 On Monday, I wrote:

Got this at Wave Hill last week. What is it?

Hint: It's related to National Moth Week, which starts Saturday.

Answer: It is a Luna Moth chrysalis.

Here's what it looked like after it left its homemade sleeping bag: 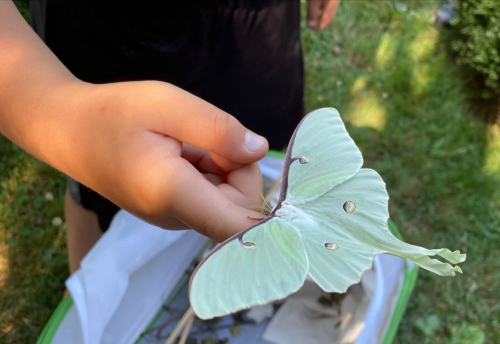 My Column: The Day I Broke the Law 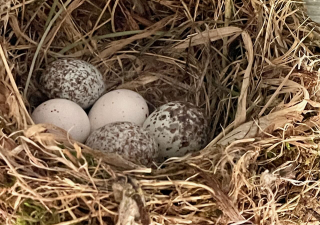 My latest column is about an incident last month in which I discovered three eggs that did not belong in a Phoebe nest (above)... The Record added the editor's note.

Continue reading "My Column: The Day I Broke the Law" »

Tom Jaeger recently mentioned that he saw a Northern Goshawk in the Celery Farm two years ago -- and sent some photos that help prove it. (Click image to enlarge.)

Tom writes: "[I saw it on] August 4, 2020,  on the Southeast side of the lake between the first bench headed North and the Pirie Mayhood Tower Markers 5 And 7.

"It flew down the Allendale Brook under the branches and landed on a tree, I was heading south and caught up with it!"

(I have never seen a goshawk, let alone one a half-mile from my Allendale backyard.)

The most recent eBird sighting I saw for a Northern Goshawk at the CF was by Rob Fanning back in April 2001. It is also listed as the first sighting.

Several experts have weighed in, with arguments made for each of the above.

I am including three of Tom's images here, with a link to the images on Tom's Flickr pages

I will post some of the expert comments as time allows...

The Raptor Trust rehabbed this young rehabbed Red-shoulder from Allendale for roughly two months before releasing it near the Great Swamp a year ago this week.

(The Raptor Trust is the best.)