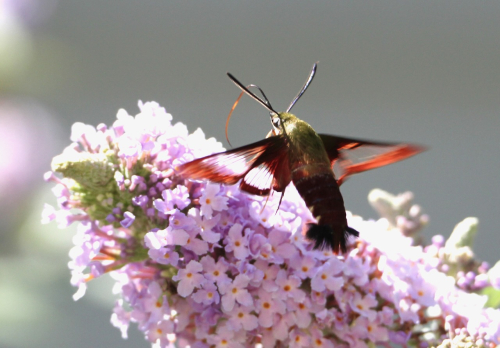 In honor of National Moth Week, my favorite daytime moth. 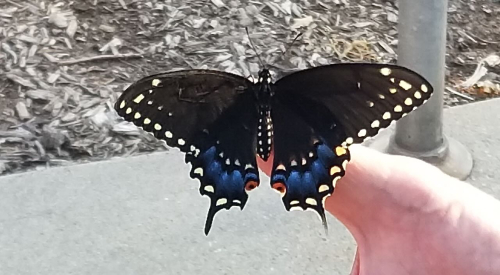 Several youngsters were on hand to watch. Since we did not have a name ready, I asked an adorable young boy named Declan what to name it.

He giggled and turned shy, so I made an executive decision and named the butterfly "Lillian," after long-time Allendale resident Lillian Thomas, who now lives in Massachusetts and turns 99 next month.

When we went outside to release Lillian, the butterfly stayed on my thumb long enough for folks to take a photo.

I then showed Lillian to Declan, who giggled again as she flew off.

I asked Declan what he wanted to name the next butterfly.  His reply: "Sally."

His mom said she had no idea how he came up with the name, but "Sally" it is. We'll also name a future butterfly after a certain charming young boy.

The photos are of Lillian on my thumb (photo by Carmela Calabro(, Lillian just before her release, a closeup of her empty chrysalis, and Declan admiring Lillian (photo by Bernadette McCabe Kelly).

Closeup of Lillian and my thumb by Carmela Calabro; photo of Declan admiring Lillian by Bernadette McCabe Kelly. (Click image to enlarge.)

Who is this guy?

What a Moth Night! 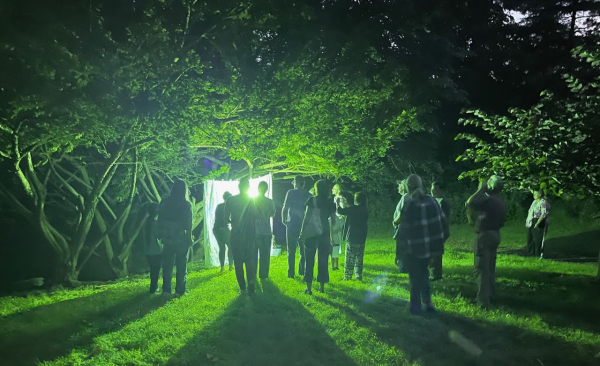 Brought to you by Lee Memorial Library, the Fell House and the Fyke Nature Association with help from a grant from the Pitkin Foundation.

A big thank you to all who participated. 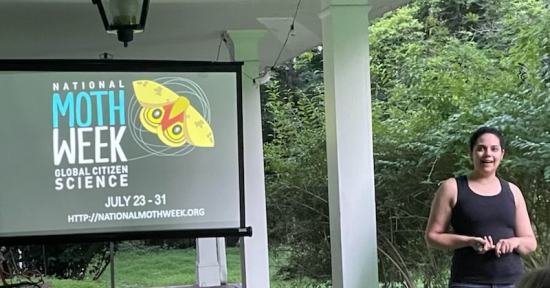 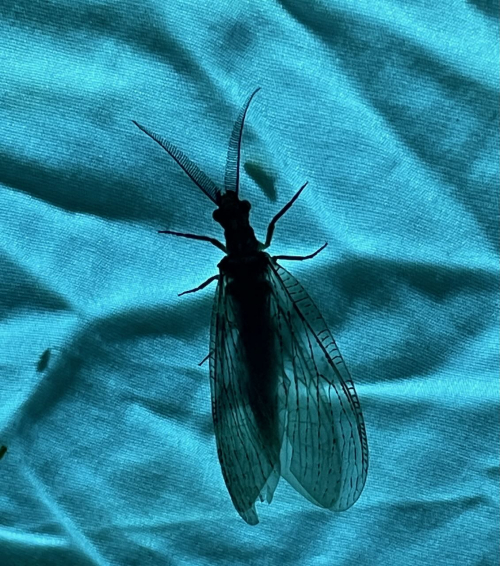 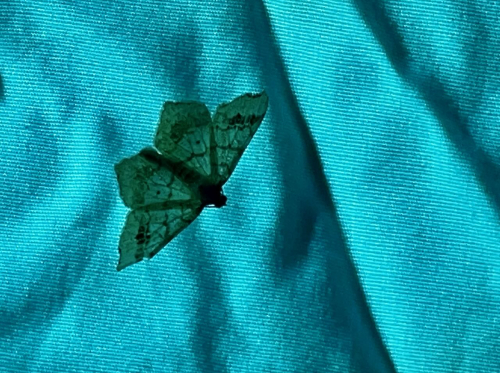 Tonight Is Moth Night at the Fell House 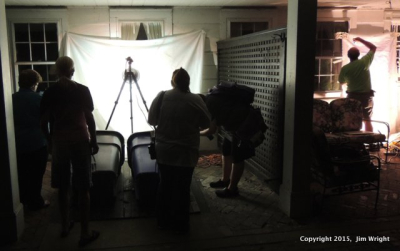 We will start at 8:15 with a short talk by National Moth Week

founder Elena Tartaglia, and we will have some lights and sheets to attract moths.

We will show "Mothra Vs. Godzilla" around 8:45 p.m. or so on Lee Memorial Library's outdoor proector and screen.

We will have bottles of cold water and bags of popcorn.

The event is free and open to the public.  If you think you need bug spray, please don't use an aerosol. We are trying to attract moths, not kill them.

The Fell House is at 475 Franklin Turnpike, caddy-corner across from the Celery Farm.

Questions? Email me at celeryfarm@gmail.com.

You can read more about National Moth Week here:

Moth Night is part of Allendale's Butterfly Summer, brought to you thanks to a generous grant from the Winifred M. and George P. Pitkin Foundation.