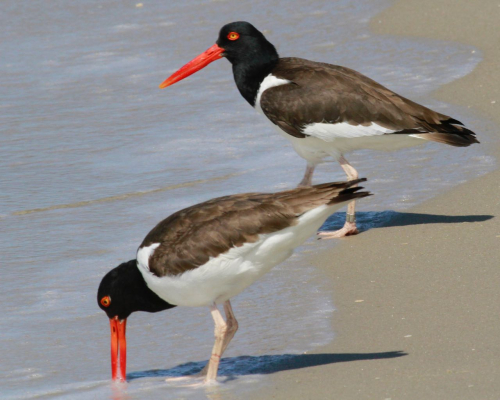 My column in The Record and other USA Today newspapers today is about more birds that got New Jersey birders interested in birding.

I recently asked readers and other avian aficionados what bird sparked their interest. The replies poured in, some lengthy, some short – to the point where I’ve devoted a second column to the subject and posted them all online.

Here are more highlights – and the spark bird that hooked me. The replies have been edited for space.

Susan Sloan, Washington Township, Warren County, writes:  “A gray catbird that landed above me in 1964 in Bridgeton. I’ve been spotting species ever since  – in every state, Canadian province and nearly 100 countries.”

“On Cape Cod more than 40 years ago, my son pointed and said, ‘What's that bird with the orange?’ I had to look it up and I.D.'d my first oystercatcher.”

Rick Radis, Rockaway: “When I was 10, a flicker flew into our open garage and somehow broke its neck. I couldn’t believe the feathers on this incredibly beautiful animal that I had no idea existed. I was on my way.

"Roger Tory Peterson once told me flickers were a common ‘spark’ bird – a question he asked frequently of bird watchers.”

Carol Flanagan, Hawthorne:  “When I was a toddler, my parents took my sister and me to Oldham Pond in North Haledon to feed ducks. My spark birds were those ducks. We fed them bread before we knew that bread was bad for them.” 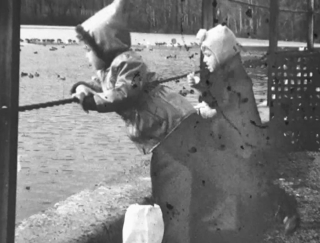 Ted Chase, Franklin Township, Somerset County: “The first bird I remember identifying was a common grackle (we called them purple grackles back then), on our garage roof in Washington, D.C, in December in the 1940s. I was six or seven years old. I've birded ever since.”

Richard Lynn, Franklin Lakes: “A toco toucan in the Pantanal in Brazil in 2007.  We were on a tour looking for the major mammals of the area. Our guide said many nature lovers became birders because there’s a lot of downtime while searching for mammals. Birds are much more plentiful.”
Hugh Carola, Maywood: “The first Hooded Merganser I ever saw – in a pond in Garfield back in 1986 or so. Had my son Danny in the stroller and was just transfixed. Once I found it in my mother-in-law's field guide, the die was cast.”
Susan Harrison, Yardley, Pa.: “I always had a passing interest in backyard birds. Six years ago I bought a field guide.  That winter a bird I couldn’t identify showed up. A friend said it was a Baltimore Oriole. I said that was impossible. My field guide said they winter in Mexico. It stuck around. I wondered how many more interesting birds were out there that I’d never noticed.”
As for me, I became a birder as an adult, when my friend Stiles Thomas introduced me to nesting (and endangered) red-shouldered hawks nearby. I’ve tried to look for them – and protect them – ever since.
The Bird Watcher column appears every other Thursday. Email Jim at celeryfarm@gmail.com. For all responses, go to celeryfarm.net.

My column in The Record and other USA Today newspapers today is about more birds that got New Jersey birders interested in birding.