My wife Patty saw this young Bald Eagle from our window, and I sneaked out to get a photo -- a distant one -- of the large raptor out on Lake Appert.

That's why it pays to keep voices down at the Celery Farm!

Will ask around as to its age.

Not a bad bird for the Great Backyard Bird Count. How about you? 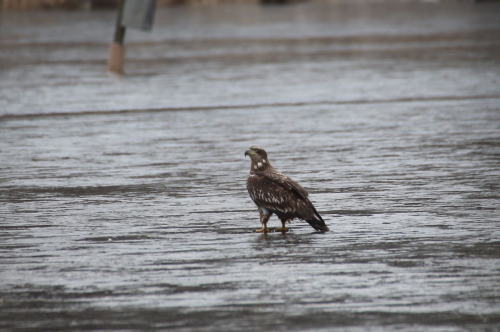 Next Friday's Fyke Talk: All About Woodcocks 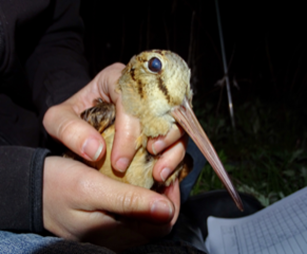 Here's the scoop on the guest speaker and subject for next Friday's Fyke meeting (Feb. 25) via Zoom, which begins at 8 p.m. and is free and open to the public.

The woodcock is a bird of contradictions--a shorebird that lives in the woods, a cryptic species with a bold courtship display, and a declining species of concern that’s also a gamebird.

Join Rutgers PhD candidate Kathleen Farley for the inside scoop on the elusive American Woodcock, including where to observe them this time of year.

Kathleen’s research looks at how the woodcock copes with habitat options in NJ from its traditional young forest haunts to urban brownfields. Kathleen hopes to defend later this spring, so attendees will be getting her findings first, including behind-the-scenes research stories.

Kathleen is finishing a doctorate at Rutgers University-Newark. She first learned the difference between bluebirds and blue jays during an ornithology class at Cook College and has been interested in birds ever since.

She did her masters at Montclair State on American Kestrels return rates and is looking forward to wrapping up her PhD so she can return to birding as a hobby.

Fyke asks that you register in advance by clicking the link below. You will receive an email with your own unique link to join the meeting.

The Great Backyard Bird Count starts tomorrow and runs through Monday.  My "Bird Watcher" column explains how you can participate.

Whither All the Titmice? 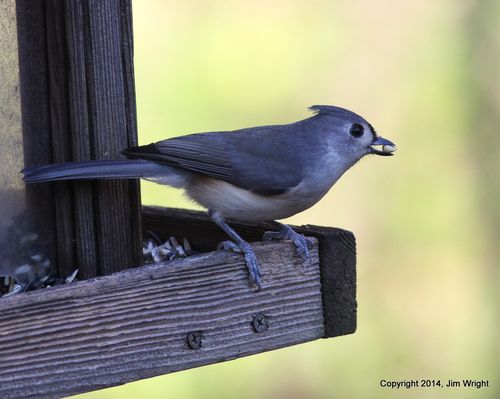 I enjoy feeding and watching the birds and wildlife in my backyard here in Norwood.

This year I have noticed a missing guest that has been a mainstay at my feeder for years.

The Tufted Titmouse is absent for the most part, and was wondering if you or anyone else has noticed this, too? Is there a reason or a disease that has wiped out the titmouse?

I would like to hear from you to see if anyone else has noticed this.

I responded that still see titmice on occasion, but perhaps not as often in the past.

I am sorry to report that Cooper's Hawk that was found dead in the Acme Shopping Center in Allendale in late January died from eating rat poison -- likely by eating ... you guessed it ... a poisoned rat. That's the finding of a necropsy done by the state of New Jersey.

Allendale passed a resolution last fall urging residents and businesses to stop using these black-box rat-poison bait stations that you see all over town.

The Borough is also cracking down on open Dumpsters  -- a free buffet for rats and often located near a rat-poison dispenser.(Thank you, Allendale!)

At home, please don't use household poisons that kill mice, chipmunks and other rodents. These pesticides are also dangerous to pets and wildlife.

The Fyke Nature Association is working with other groups to raise awareness beyond Allendale's borders.