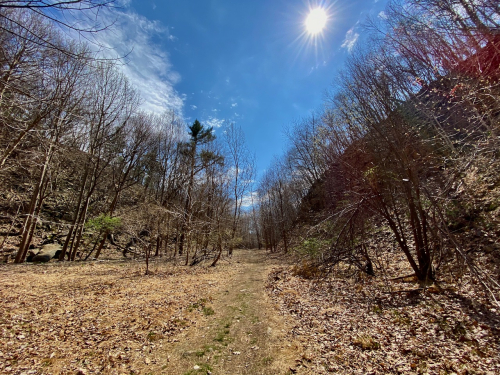 If you missed my recent Fyke Nature Association talk about the Clove at High Mountain, you can catch it on YouTube here:

Walk into the preserve about a third of a mile. At the T, make a left to go to Buttermilk Falls and to the right to the Clove. Wear shoes with ankle support and bring a walking stick, water and a cellphone in case you get lost.

The Fyke Winter newsletter is now live on the Fyke website. (While digital supplies last.)
https://www.fykenature.org/newsletters.php
A big shout-out to Carol Flanagan for her usual fine job, a big thank you to Judy Cinquina and Charley West for their contributions as well!

More about 'The Beast' 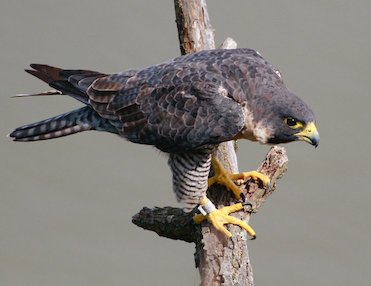 Kathy Clark of New Jersey's Threatened and Endangered Species Program (ENSO) contacted me after seeing my column on the celebrated female peregrine whose name shall not be uttered (or so sayeth some):

You probably know this, but the photographs over the years were good enough to get a band number:  1807-67480.
She was banded at Cape May Raptor Banding Project's station in Sept. 2015, as a hatching-year bird (aka, hatched in spring 2015).
It's great that she is banded and identifiable, but we don't know her exact origin.
Most peregrines are banded as nestlings with known origin, and we can connect the later encounters with that origin.
But this is still a great story of a trackable bird, and it is likely that she fledged from a nest in NJ or NY.
(Thanks, Kathy!) 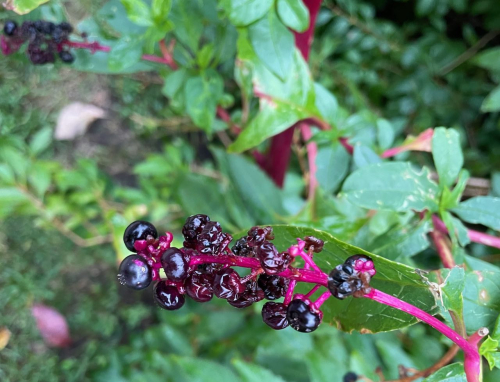 Here's an easy one, at least the first half of the mystery.

Saw this along Franklin Turnpike near the Celery Farm. What is it?

What birds go crazy for it?

Why was it important back in the day?

"Pokeweed. Songbirds like Mockingbird, Catbird and Cardinal like the berries, but all parts of the mature plant are poisonous to humans. If carefully cooked, the plant can be eaten. The berries were used to make dye and ink." (Thanks, Diane!)

Incidentally, I had heard a couple of times that pokeweed ink was used for the Declaration on Independence.

Not so, says the Brooklyn Botanical Garden:

"Native to the East Coast, pokeweed is one of the few urban weedy plants that was not brought here from Europe or Asia. The name “poke” most likely comes from the Algonquian word pokan, meaning bloody.

"The dark magenta juice from the berries has proven to be an effective writing ink as well as fabric dye. Some sources claim that pokeweed ink was used to write for the Declaration of Independence, but according to the National Archives, it was actually written with iron gall ink."

A recipe for pokeweed ink is here:

Blessed By Nature from Catfishjohn on Vimeo.

Got a new camera body (Nikon D7500), as my older one died after ten years and 100,000 shutter actuations. Coupled with a new (preowned) telephoto lens I got last year, and a new carbon fiber tripod, I've been on a tear.

Have had some pretty good luck, on top of putting in the work.