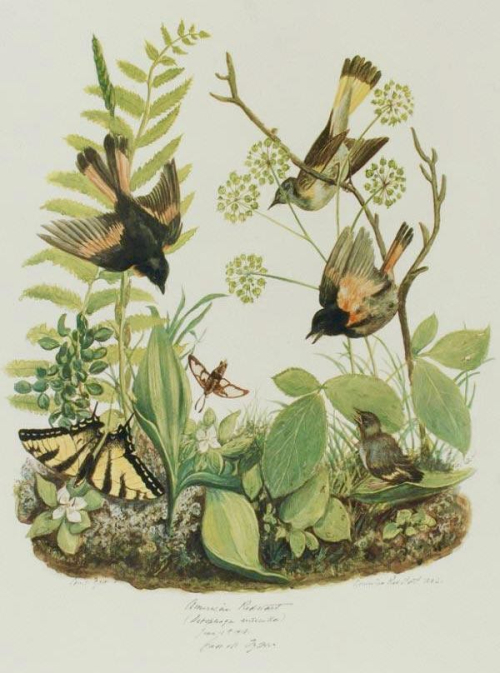 My Smithsonian Article on the Real Bond 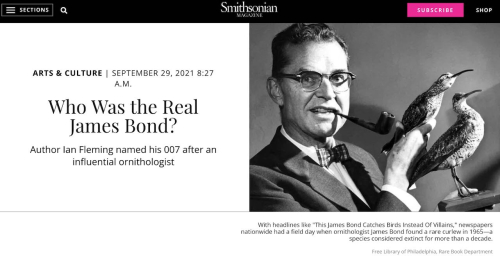 Smithsonian Magazine just posted my article about the real James Bond, Ian Fleming, 007 and more.  With plenty of cool images.

You can read it here.

Rat Poison in the News (Sad to Say) 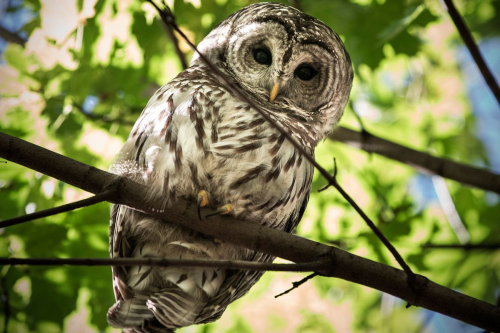 A friend passed along a news article about a Barred Owl of Central Park that was likely poisoned when it ate a poisoned rat.

"Barry, the beloved barred owl who died last month in Central Park in a collision with a truck, carried a potentially lethal level of rat poison that could have impaired her flying, a necropsy shows."

"... veterinarians who performed the necropsy also found high levels of rat poison in Barry’s bloodstream, putting her at risk for a “fatal hemorrhage” even without the collision, the report found. The vets also detected traces of a rat and fish scales inside her more than 2-pound body."

The two poisons -- bromadiolone and difethialone -- and similar poisons are often used in the 70-plus rat-poison bait stations that abound in Allendale. The Borough Council recently passed a resolution urging businesses to stop using these lethal devices.

A typical rat-poison bait station is pictured below. They also impact other wildlife and pets that eat poisoned rodents. 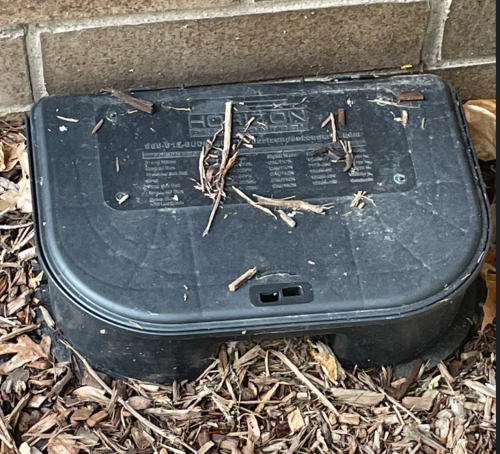 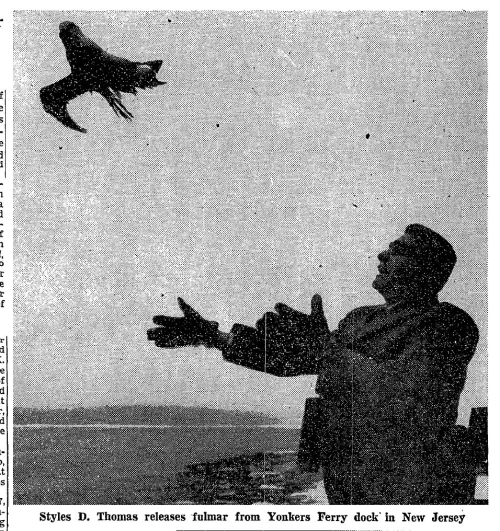 There was a rare Arctic visitor to Ramsey, a bird. It was picked up on Lake Street between Route 17 and Napolitano's pond by Dr. Joseph Vasseli of 32 South Central Ave. who saw it fall from a wire and land in front of his car. It was bleeding from its wing.

He took it to Secor's service station and then home for the night. The next morning he tried to release it but the bird could not take off.

He called Stiles Thomas, President of the Fyke Nature association who was able to identify the bird as a Fulmarus glacialis, an arctic or Northern Fulmar. Thomas summoned other noted birdwatchers about the find.

Among others who came to see the visitor were Phillip Grosch of Radburn, the President of the New Jersey Audubon Society and Charles K. Nichols of Ridgewood, a research assistant at the American Museum of Natural History, and Mrs. Eleanor Dater, author of the "Ways of Nature" Column in the Ramsey Journal and a bird bander.

Mrs. Thomas [Lillian] provided tuna fish, which the bird ate from her hand, and Dr. Kanning gave it some vitamins and bread soaked in saltwater. On Monday, January 9th, Thomas took the bird to Alpine and carefully pitched it into the air. The bird immediately took flight and disappeared.

It was one of only five recorded sightings of this bird in the United States and it was the only one to have been banded and released. The Northern Fulmar lives almost entirely in the Arctic region. It spends most of its life at sea, usually well out to sea.

It breeds in the Arctic, usually only producing one egg a year which is laid on rocks or in small depressions in mountain slopes. They average 19 inches long with 1 42 inch wingspread. (Bristow)

You can read The N.Y. Times Story here on a pdf:

It's definitely worth reading. The expert from the American Museum of Natural History said he hoped the bird would die so the museum could stuff it. Plus other great stuff.

Incidentally, despite what The Times said, Stiles Thomas has no middle initial -- just like the real James Bond and his fictional namesake.

Saw this guy early this morning in my rhododendron bush.

Grabbed a camera and took some pix in the lowlight.

My first instinct was Pine Warbler but settled on a female Yellow-throat...

Are either of them close? Confusing (to me) fall warbler, anyone?