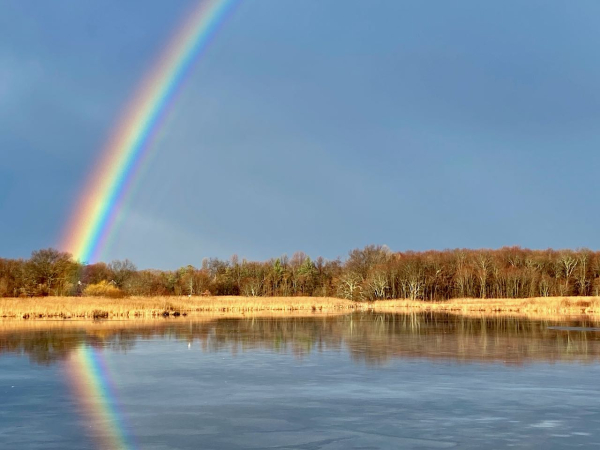 A few folks asked me to post a few more rainbow shots from yesterday, so here goes.

In the photo above, the rainbow seems to have a few extra colors on the right. Is anyone familiar with this phenomenon? I believe it is called a supernumerary arc (because I looked it up, here.)

Below, center and right, you might be able to make out the double rainbow....

Thank you for all the great feedback. 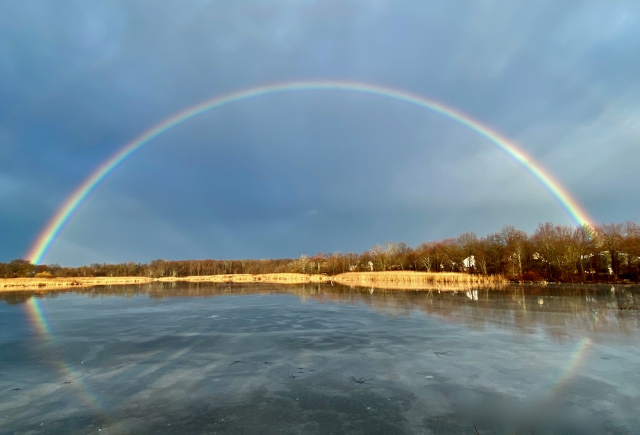 The rainbow was actually a double -- accentuated by the ice on Lake Appert.

When I went on the DF nest cam last night, I couldn't understand why an eagle was sitting in the nest.

Now I know. A Facebook friend contacted me and said the eagles are on an egg already -- about a month earlier than usual as I recall.

Could it be so? Yes. And now there are two eggs. Wow. 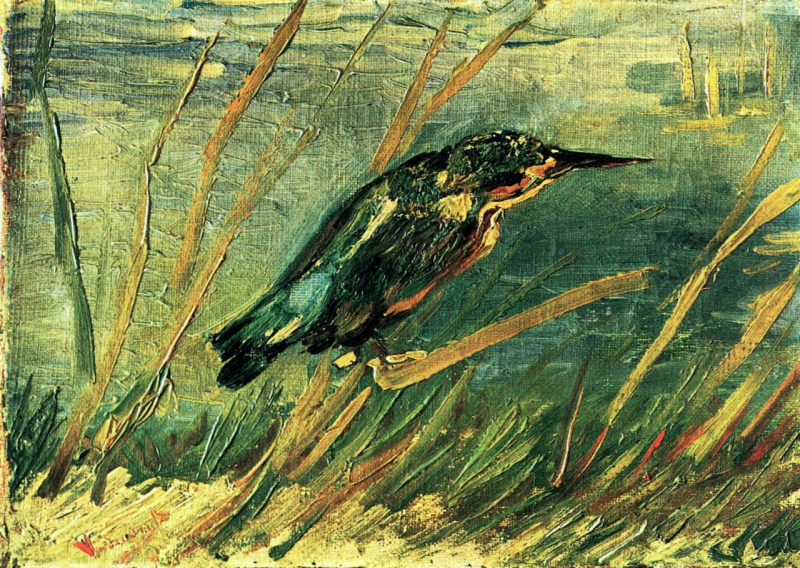 On Monday  I asked:

On a recent visit to Amsterdam, I saw this 1887 painting in the Van Gogh Museum. What kind of bird is it?

Hint: It's called "Kingfisher by the Waterside." But which one?

I think the more you know about a work of art, the better.

Was there a reason that Van Gogh chose this species of bird? It would be helpful to know what species it is before speculating.

You can read more about the somewhat Common Kingfisher here.

A photo of the Common Kingfisher from Cornell is below.

Not sure what Van Gigh was driving at, because to me the bird in the photo is magnificent and Van Gogh's is, well, meh.

What do you think? Does Van Gogh's painting seem different after seeing a photo of an actual kingfisher? 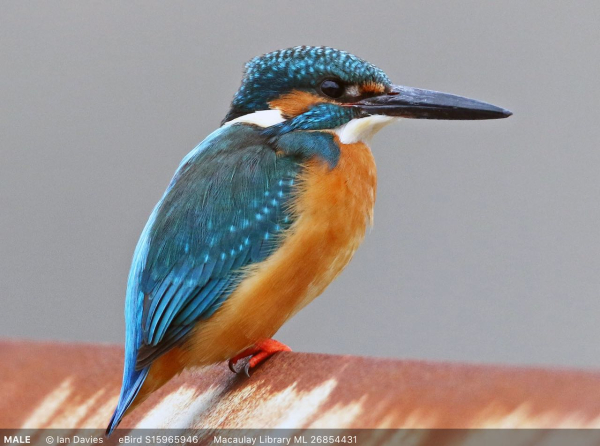 My New Column: Doing the Birdy 30

For several years, friends and I have done a little competition called "the Birdy 3o" -- especially just after a snow.

I filed the column before the last snowfall, so of course it snowed just thereafter.

The column features a photo by Barbara Dilger, always a treat.