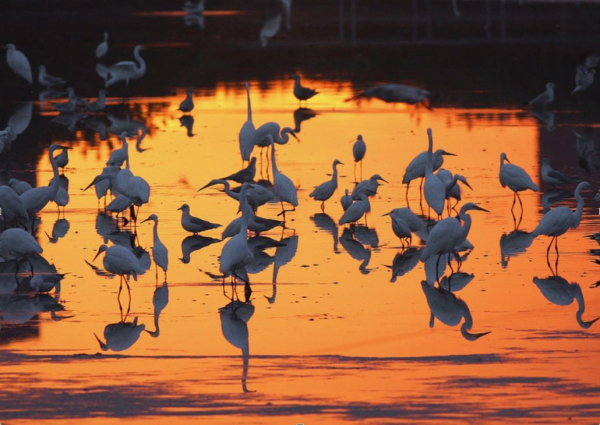 Help celebrate the 10-year anniversary of the partnership between the Bergen County Audubon Society and -New Jersey Sports and Exposition Authority (formerly the New Jersey Meadowlands Commission) by joining our 10th Annniversary Nature Walk at DeKorte Park in Lyndhurst this Sunday, July 7, from 10 am to noon.

I am proud to be one of the founders os this great partnership.

A column I wrote for The Record to celebrate the event follows.

A decade ago, the Bergen County Audubon Society and the N.J. 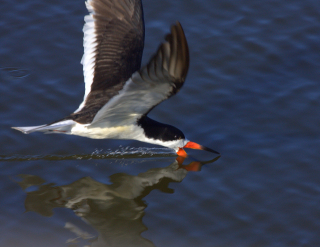 Meadowlands Commission embarked on an informal partnership to celebrate nature in an area that was once the region’s biggest wasteland.

The idea succeeded beyond anyone’s wildest dreams, and I am proud to say I was there at the start. I was working for the NJMC at its headquarters in DeKorte Park, Lyndhurst, when BCAS president Don Torino and I took a walk along the Marsh Discovery Trail and talked about joining forces to hold nature walks that would showcase the region’s many amazing natural areas.

We ran through the list -- Mill Creek Marsh, Laurel Hill, Losen Slote and a little-known oasis known as Harrier Meadow. And that was just for starters.  We also decided to offer two walks every month, on the first Sunday and the third Tuesday.

The first such walk was on July 5, 2009, at DeKorte Park. To kick off the event, an osprey caught a fish in the nearest tidal impoundment, followed by an air-and-water display by black skimmers -- birds that fly so low they can scoop up fish in their oversized bills. That was the first 15 minutes.

During the two-hour walk, the nearly three dozen participants saw more than 30 species of birds -- ranging from cedar waxwings and ruddy ducks to a peregrine falcon.

Since that first event, the two groups have sponsored more than 260 walks and programs, including an annual Butterfly Day that draws upward of 1,000 nature lovers to DeKorte’s butterfly garden in late July.

“I think the most important thing we accomplished was getting people who never heard of the Meadowlands -- or still thought it was a dump -- to come out and discover how important and how wonderful it is,” Don says. “We introduced many people who otherwise never had a connection to the natural world to the wonders of our birds and butterflies, and we offered it free to everyone.”

Granted, much has changed over the past 10 years. The NJMC is now part of the N.J. Sports and Entertainment Authority and I have retired (theoretically, at least), but Don still leads a free 10 a.m. walk on the first Sunday and third Tuesday of every month, and they are as popular as ever.

Even better, the Meadowlands has continued its environmental recovery, with some potholes and challenges along the way. But by most avian yardsticks (how’s that for a mixed metaphor?), the Meadowlands continues to rebound.

For example, a decade ago, 216 species had been recorded at DeKorte Park, the flagship location of the Meadowlands. Since then, that number has climbed to 271 -- because of improved habitat and because more and more birders flock to the one-square-mile park. The most recent new species was a curlew sandpiper, seen just  two months ago.

The other yardstick, for me, is the raptors that were virtually wiped out by DDT east of the Mississippi a half-century ago. In 2009,the number of nesting pairs of ospreys in the district had climbed to three. This year, at least 10. In 2009, we had one nesting pair of peregrine falcons; this year, most likely four. In 2009, no bald eagles nested in the Meadowlands. This year, there have been two pair -- on Overpeck Creek in Ridgefield Park and in Kearny.

Not bad for one decade.

On Sunday, July 7, the BCAS and the NJSEA celebrate the 10th anniversary of their partnership with a two-hour walk at DeKorte Park in Lyndhurst. It begins at 10 a.m., and of course, it’s free.

Help celebrate the 10-year anniversary of the partnership between the Bergen County Audubon Society and -New Jersey Sports and Exposition Authority (formerly the New Jersey Meadowlands Commission) by joining our 10th Annniversary Nature Walk at DeKorte Park in Lyndhurst this Sunday, July 7, from 10 am to noon.

I am proud to be one of the founders os this great partnership.

A column I wrote for The Record to celebrate the event follows.