Besides getting photos of the bear and the fox 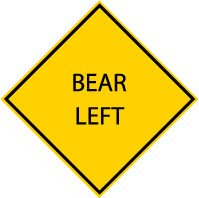 , the motion-sensitive camera caught some other unexpected mammals in an Allendale backyard.

(The sign on right may or may not be accurate, depending on the backyard or roadway.)

Dave Kaplan recorded this about a week ago in his Morris County backyard.

Bears are definitely out of hibernation. 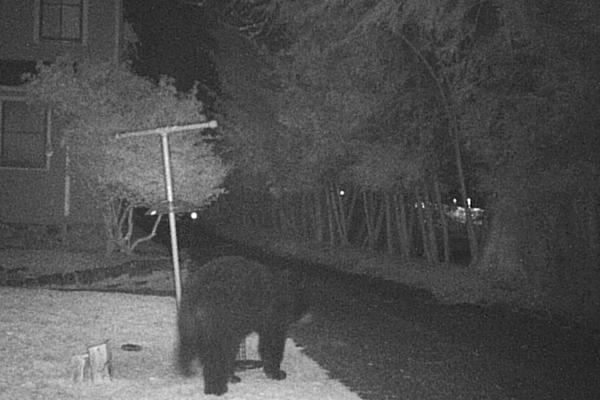 After at least three Allendale feeders in different parts of town were knocked down by bears on Tuesday night,

Feeders at a home in Mahwah were knocked down this past week as well.

I set up a motion-sensitive camera at one of the locales, off Allendale Ave., and got several photos -- mostly of deer.

But I also got a few images of the bear, plus a fox. At the very bottom is a photo of a bear at the same feeder in December.

The bear returned in search of a free meal, no doubt. Ditto the fox.

That's why I urge folks who have had their feeders torn down in the past year to take them in  at dusk and put them up again the next morning.

A link to the column I wrote about this for The Record is here -- it's everything you need to know about bears and feeders.

A hungry bear at a feeder is a potentially dangerous situation for both humans and bears.

Larry Hajna of the State Department of Environmental Protection explains. “The more a bear equates a property with food, the more likely it is to hang around not just your house but your neighbors', and they become less afraid of humans. They can start looking for handouts, and when they do that they can become more aggressive.”

Hajna says that could result in somebody getting hurt or in major property damage, and the bear could be euthanized. Bears that keep raiding feeders could be deemed nuisance bears, to be trapped and relocated — expensive, and not so great for the uprooted bear.

Most folks in bear country know these basics already, along with such fundamentals as securing their garbage cans. But bears can range into the suburbs, so other North Jersey residents need to be aware.
A recent video of bears in a Morris County backyard is here.

If there's one thing every American can agree on, it's that the April Fools holiday should last longer than one danged 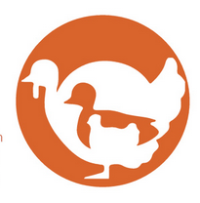 As a result, I am proclaiming next week official National April Fools Week (trademark pending).

The offer of a $25 reward for a local Wild Turducken photo still stands.

Some of the posts will be normal -- you have to figure out which ones  are, shall we say, "fake news." 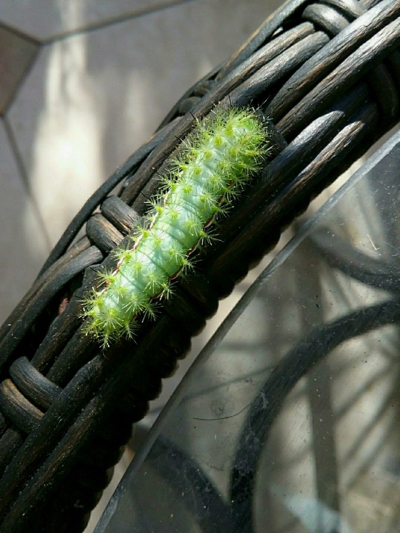 On Monday, I asked for a couple of reasons why this Io caterpillar is unusual, but I think I believe I was way too vague.

The answer I was looking for was: It will become a beautiful Io moth. Female and male Io moths are picture below.

Even so, Janet T. came through with quite an answer:

"Perhaps you were referring to the caterpillars' habit of traveling en mass with their siblings which all hatched out of the same egg mass. Or perhaps the fact that they start out their larval stage reddish brown, but after a few molts they are that beautiful bright green. Interesting facts, but perhaps there is something else about these caterpillars I may have missed?"

Sorry about that!  (Great answer, Janet!) 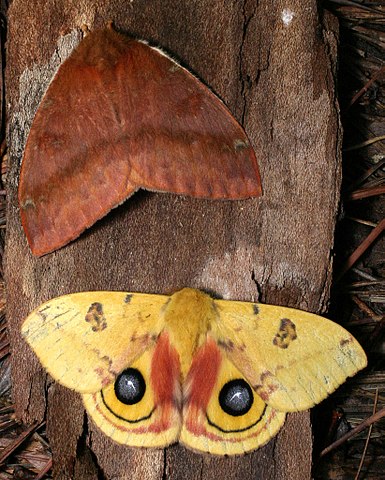