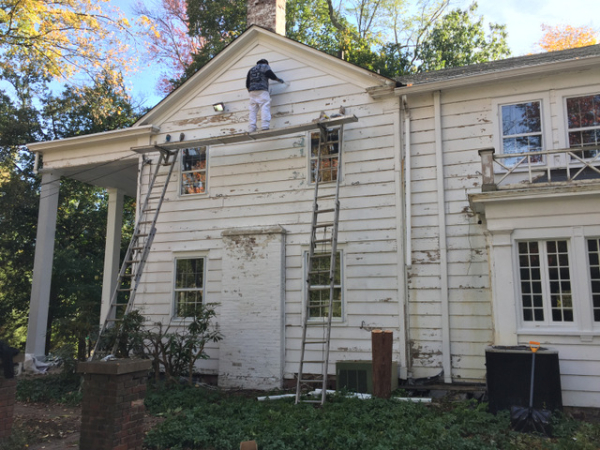 Celery Farm Marsh Warden felled a tree at the Fell House so painters could work their magic, and I then cut it to pieces and put it out back.

As you can see from the photos, the house is looking good but the painting is a work in progress.  Will be beautiful when finished.

You can see the house much better without the conifer blocking the view. 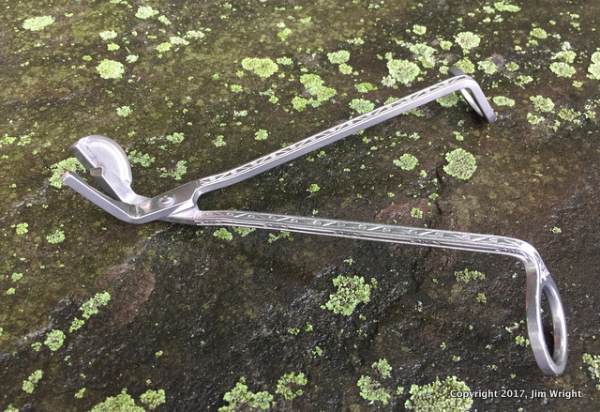 These were at the Fell House's Barn Sale last month. Nobody bought 'em -- do you believe it?

Several folks got the answer right -- candlewick trimmers. Diane Louie even provided a place where you can buy them, and the price.

If you want to own your own Monday Morning Mystery (and who wouldn't?), here's your chance. (Thanks, Diane and all.)

Martin Lopez videoed this Black Bear in the backyard of his grandparents Stiles and Sis Thomas in Allendale this past week. Sorry I missed it.

As you can see, this video was "screened" already.

For more information on what to do if you see a bear in your yard, go here: 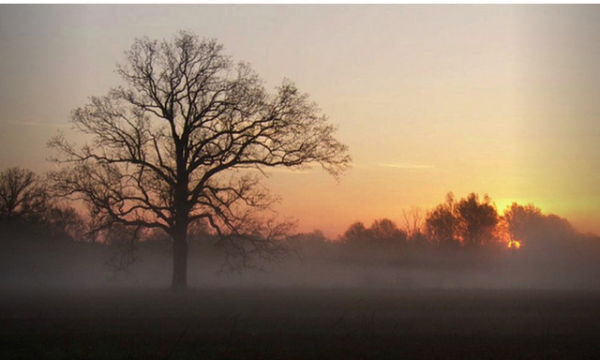 I helped Scott Morris on a couple of short videos about the Meadowlands. He now has a video about the Great Swamp. It should be great. He writes:

Saving The Great Swamp: Battle to Defeat the Jetport will air primetime on NJTV on Wednesday, Nov. 15, at 8 p.m.

The one-hour documentary is narrated by actress Blythe Danner and chronicles the historic struggle to preserve a rural area of New Jersey between 1959 and 1968.

American Public Television is now distributing the film nationally and broadcast dates are beginning to appear on station schedules across the country.   Thirteen/WNET plans to air the film and we are awaiting air-dates.  So far, additional broadcasts are slated for mid-November in California, Wisconsin, Iowa and Utah.

The Screenings page features a list of broadcasts that will be updated each week.

I happened to look out my window and catch the late-afternoon sun shining on Lake Appert yesterday. I raced out to the Warden's Watch to take a pic or two.

The light was past its peak but still awesome. 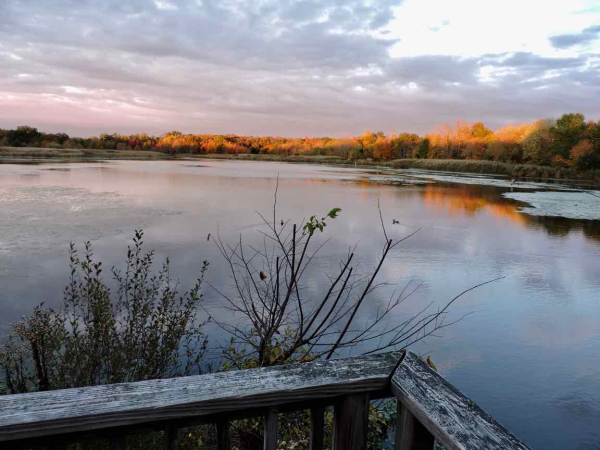