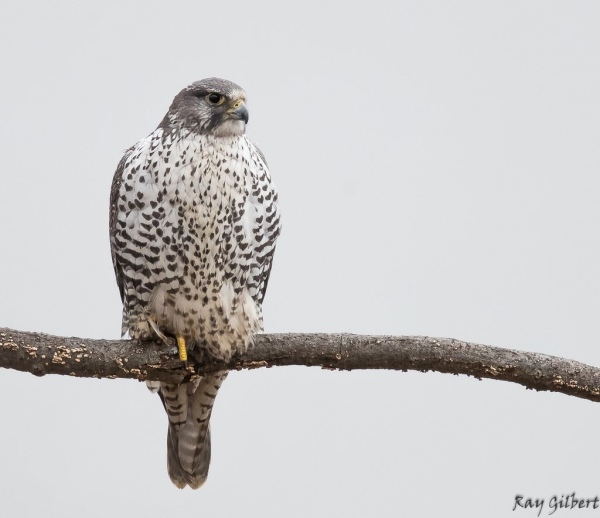 The Record just posted my story about the rare and amazing Gyrfalcon that's been hanging out near the State Line Lookout.

The story features Ray Gilbert's shot of this dynamic bird (above).

You can read all about it here. 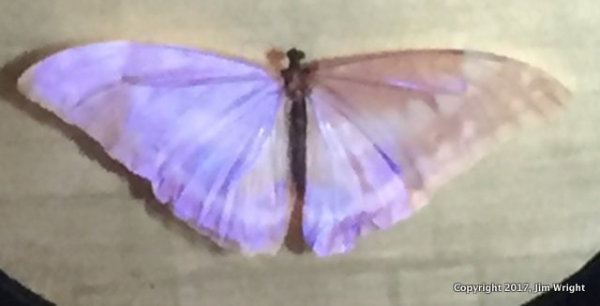 The light was terrible, the butterfly was a bit away, and the color of the wings changed whenever they caught some light but...

The docent said that Church collected the butterfly specimen in Colombia and kept it in his studio for when he wanted to paint an opalescent part of a scene.

Does anyone know what kind of butterfly it is? (I'll tell the docent...)

Buttermilk Falls After a Solid Rain 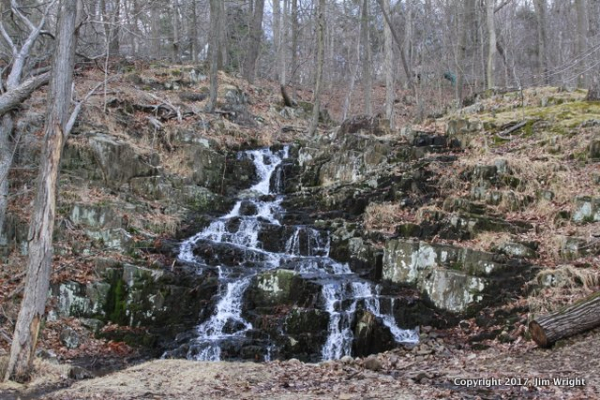 After Wayne's Boy Scout Troop 104 did their cleanup and stream fortification at the base of Buttermilk Falls at High Mountain Park Preserve a couple of weeks ago, I thought I'd come back and check it out after a steady rain.

The water was spilling down the falls with vigor, and it stayed in the stream bed once it hit flat land, as a result of the scouts' work. (Below.)

The whole area around base of the falls looked terrific as well. (Thanks again, Troop 104!) 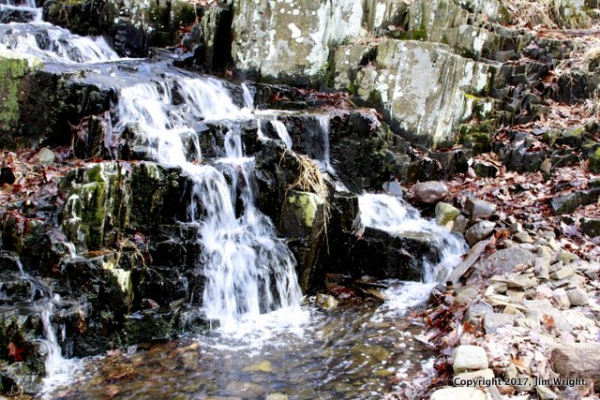 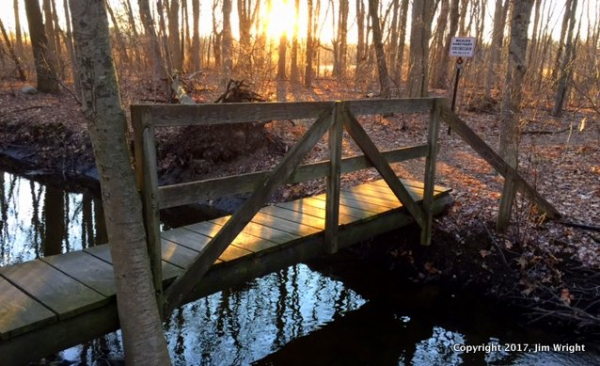 The Celery Farm and the environment lost a good man last night.

John Brotherton, longtime Fyke treasurer, birder and former Mahwah Planning Board member, was a friend to all who knew him.

And unlike such other great Americans as George Washington, Ben Franklin and Walt Whitman,  John Brotherton had a bridge named after him before he died. (Ever-modest John, of course, would have chided me for writing that.)

The bridge is the Celery Farm's Brotherton Bridge, and it could not have been better-named  -- sturdy, durable, straightforward and always there when you need it. 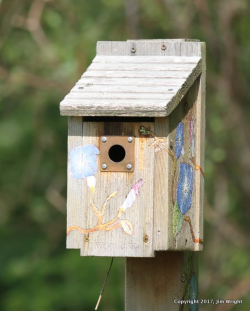 The bridge is 100 yards or so away from the Butterfly Garden's House Wren nest box, which is dedicated to John's bride, Pat, who died five years ago. Today they are closer.

Late this afternoon, I stopped by John's bridge and thought about all that he meant to so many of us -- friend, father, grandfather, brother, stalwart.

I took solace in one of my favorite poems, one that always reminds me of the Celery Farm -- "The Peace of Wild Things," by Wendell Berry.

When despair for the world grows in me
and I wake in the night at the least sound
in fear of what my life and my children's lives may be,
I go and lie down where the wood drake
rests in his beauty on the water, and the great heron feeds.
I come into the peace of wild things
who do not tax their lives with forethought
of grief.  I come into the presence of still water.
And I feel above me the day-blind stars
waiting with their light. For a time
I rest in the grace of the world, and am free.

If you live in Bergen County, please take this survey regarding a new master plan for parks and tell county government to keep as much of our parkland natural as possible (if you agree) instead of being used for ball fields, "dinosaur parks" and other uses.

You can take the survey here. (Don't procrastinate. Yes, you!)