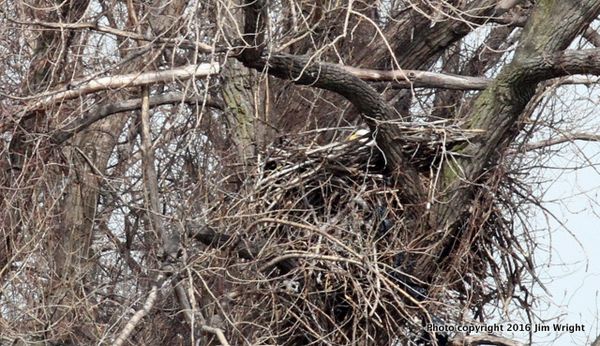 Happy to report that Al and Alice, the Ridgefield Park nesting Bald Eagles, appear to be back in business again.

From what I could tell, Alice was incubating an egg on Friday, Feb. 19  -- just about the same time as Duke Farms' first egg arrived.

If you look closely at the photo above, you can see part of a Bald Eagle's head just above the top of the nest.

Without a nestcam, it's impossible to tell how many eggs Al and Alice are incubating. Watching the Duke Farms Eagle Cam is probably the next best thing. 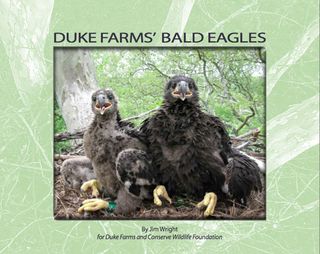 I just posted an update on the Duke Farms blog, including a link to the free on-line e-book about the eagles, the new cam, helpful links, and all kinds of neat stuff.

The link to the blog is here. 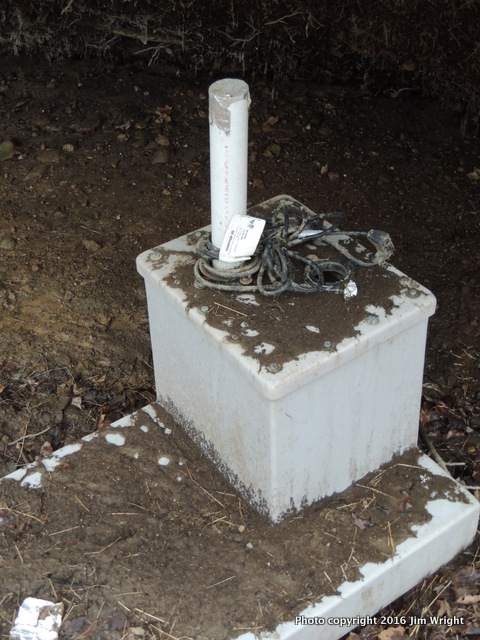 On a recent walk at High Mountain, I came across this weird apparatus under the roots of a fallen tree.

I have no idea what it is. Do you? 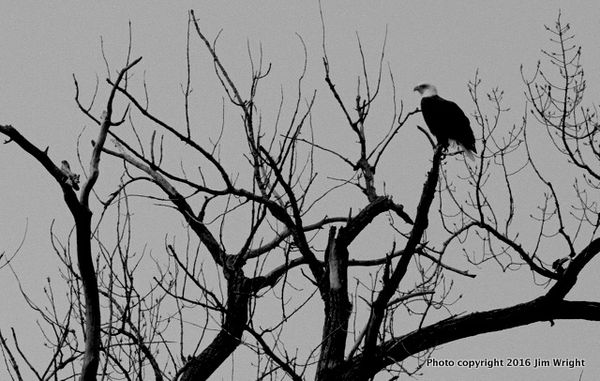 Just wanted to say thanks to everyone who reads this blog.

Passed a milestone yesterday when the blog had its 400,000th page view -- not bad for a little ol' blog that I started nearly nine years ago while I worked for The Record.

I left the newspaper in 2008 but tweaked the name of the blog slightly and somehow have still kept posting stuff ever since.

Welcome to Birds, Bats and Beyond, Jim Wright's blog about North Jersey nature...

One of the first posts, on March 9, 2007, was about seeing Bald Eagles (seems to have become a preoccupation since then) ...

Yesterday a friend and I went for a run on River Road in Teaneck -- in search of bald eagles that have been seen along the Hackensack.

Running is an environmentally friendly way to go birding and, if you don't mind carrying binoculars, a good way to get some exercise as well.

Our destination was a park on River Road where it connects with Englewood Avenue. As many as four eagles have been seen thereabouts, including one sighting yesterday morning near the tennis courts at the river's edge.

Coincidentally, I returned to River Road earlier this month and saw two distant adult Bald Eagles perched in Foschini Park. One flew off -- the other is pictured above. Some things never change, and a few get even better. 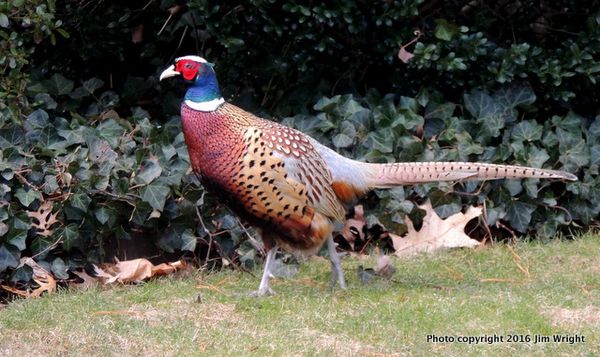 An e-mail from a Record reader in Waldwick alerted me to this spectacular Ring-necked Pheasant.

The thinking is that it is a released bird.

The owner of the property heard another male pheasant crowing this morning just after this shot was taken.

Could someone please get these guys some female companionship?