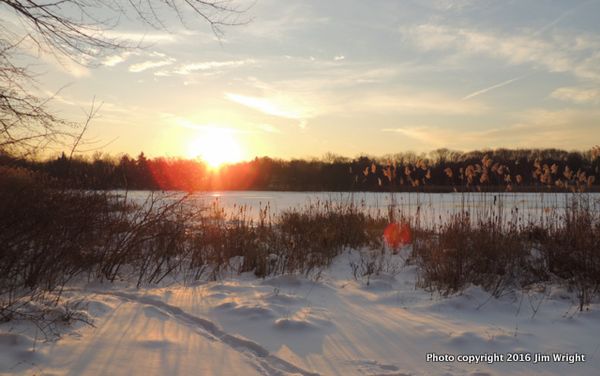 Took these shots last week, when the Celery Farm had a golden glow. The area by the Pirie-Mayhood Tower was especially serene. 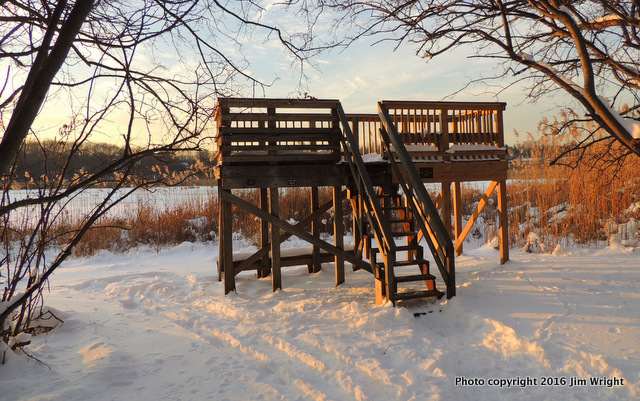 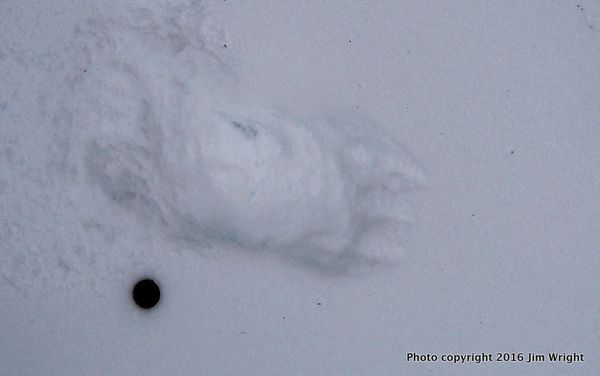 Earlier this week  I posted photos of taken in our backyard leading to the Celery Farm and asked readers what was making these strange, widely spaced tracks. 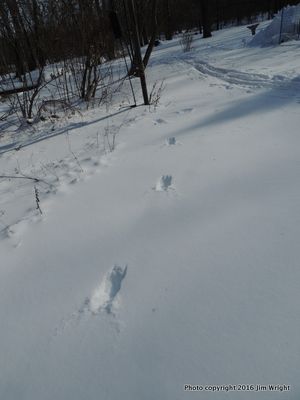 They were roughly 8 inches long and 5 inches wide, and the distance between the tracks went from 4 feet to 3.5 feet to 3 feet...

The four prevalent theories were snowshoes (which no one used in my yard that I know of), deer (just too big and inconsistent with all other deer tracks in the Celery Farm), "more than one foot/paw/etc. in each place" (which is what I wondered as well) and Sasquatch/Yeti/Abominable Snowman.

Thanks to extensive research by Julie, McCall, I believe we have a definitive answer. She supplied it a comment, but I am repeating it below in case you missed it.

Thanks, Julie! (Ginny Chucka also solved the mystery as well, but without the lengthy explanation. Thanks, Ginny!) 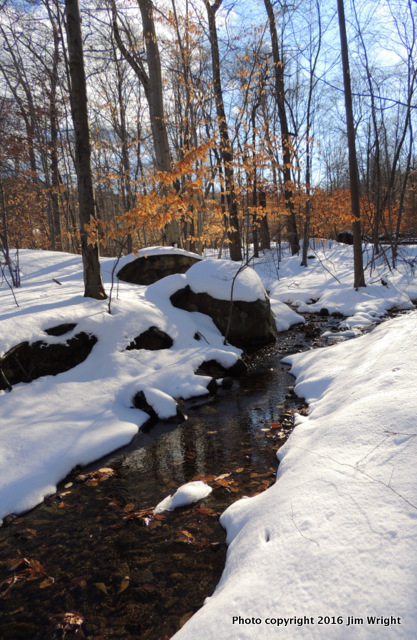 Visited High Mountain this week but trails were closed because of the snow (and rocks underneath).

Did take a photo of this bucolic stream.

Now I just have to look up what "Bucolic" means. Usually anything having to do with colic is not good.

The Last Nest: My Bald Eagle Story for NJ Monthly 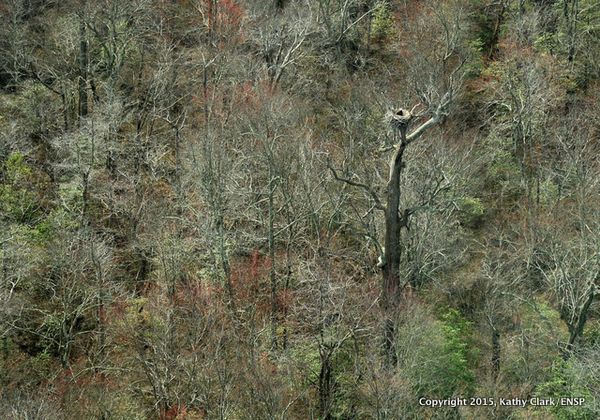 The January 2016 issue of New Jersey has a terrific four-page spread with my article on the Bald Eagle's comeback in New Jersey -- from one failing nest in the 1970s (above) to more than 160 active nests statewide today.

And you can now read it online. The link is here.

(A big thank you to Kathy Clark of  N.J. Fish and Wildlife's Endangered and Nongame Species Program for the photo above.) 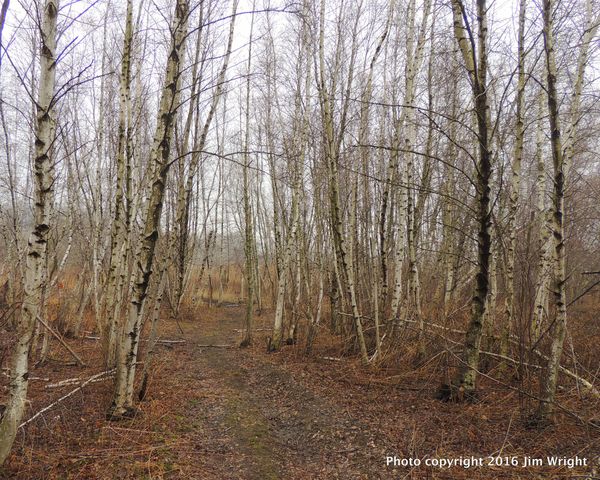 Don Torino's latest column is on the beauty of birches. Here's the beginning:

Robert Frost wrote in his poem “Birches” that “one could do worse than be a swinger of birches.”

As much value as birch trees might be to your exercise regime, they are one of the most beneficial trees you can plant to help wildlife.

Seeds produced by the “catkins,” or seed clusters, attract many bird species such as our state bird, the American Goldfinch.

In fact, if you were to take a catkin and tap it in the palm of your hand, you would see many tiny seeds very similar to the commercially available thistle or nyger seed used for finch feeders.

Besides our goldfinch, irruption birds such as Redpolls, Purple Finch and Pine Siskins relish the tiny seeds that are important to their survival.