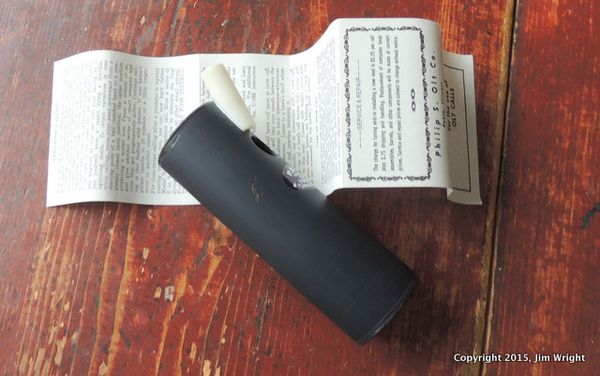 What is this? I know of at least two other North Jerseyans who own one.

Just saw American Wigeon, Northern Shoveler, Hooded Merganser, Gadwall, Black Duck and Mallard from the Warden's Watch -- but no Canvasback. No luck this a.m. either. Others have seen Wood Duck today.

If anybody sees it again at the Celery Farm, holler!

The Canada Geese flew, but the Canvasback stuck around, hanging out with Mallards near the Warden's Watch. Showed no signs of leaving at 9 a.m.

Maybe it'll hang around for Sunday's Hour on the Tower. 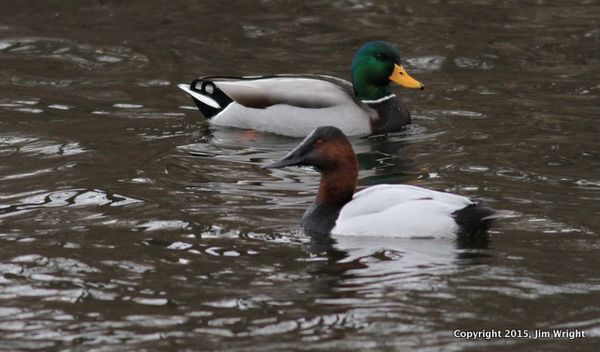 Canvasback Continues -- But for How Long? 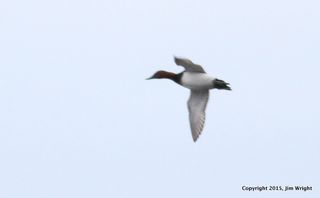 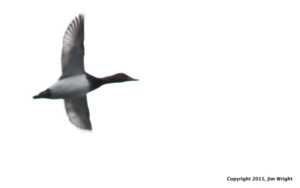 These are two lousy shots (for I.D. purposes) of the Canvasback this morning.

It landed again out by a flock of Canada Geese. It was still there as of 7:50 a.m. Found yesterday afternoon by Michael Tat. 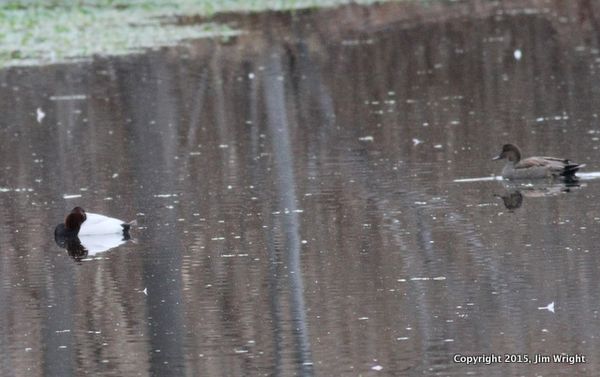 Michael Tat called from the Warden's Watch to let me know about a likely Canvasback.

Although the duck never lifted its head to reveal its bill, it otherwise appeared to be a Canvasback, down to its reddish head.

The duck was still pretty far away, even for a 400mm lens, and light was fading so the head in the photo is not as reddish as it appeared but ... 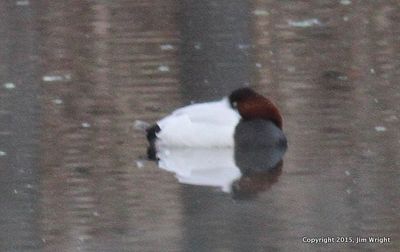 More input would be greatly appreciated. (Thanks, Michael!)