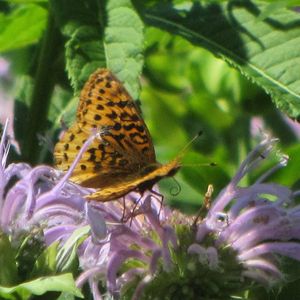 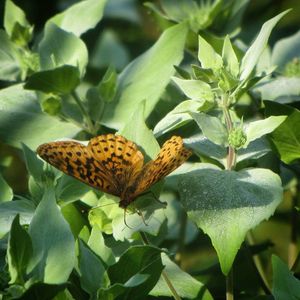 Attached are 2 photos of the same Meadow Fritillary from July 12 - one taken on the mountain mint back in Fred's field, and one on the nearby Monarda.

I'm pretty sure it's a Meadow Fritillary - if I'm wrong, ask Patrick Carney. [Or Deedee! -- JW]

This is the first report I've seen of this species at the CF, but perhaps earlier records exist. I did not see it on the North American Butterfly Association list for the Celery Farm, here.

It has been seen at DeKorte Park -- on Butterfly Day three years ago.

Thanks, Julie, for the report and the photos!

The Record's coverage is here. 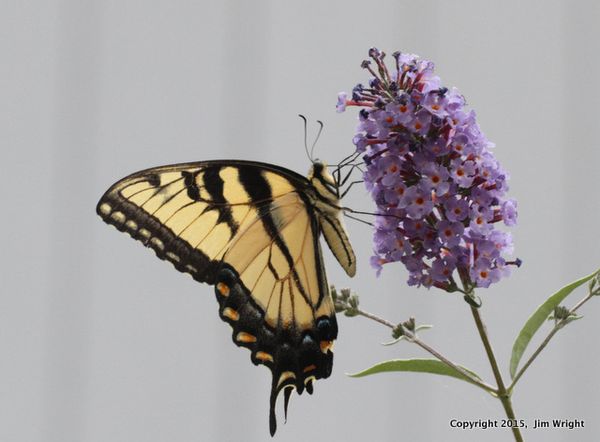 All about Bald Eagle Transmitters 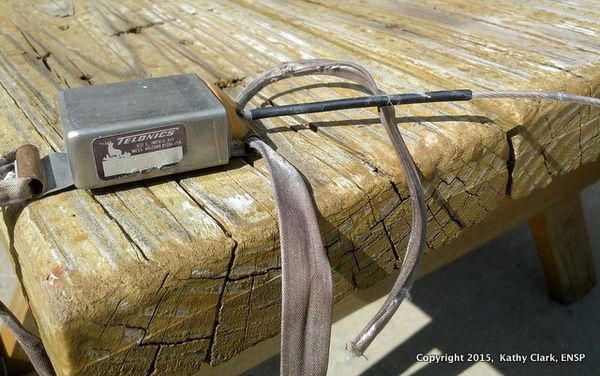 Folks know that Alice is the adult female at the Bald Eagle nest along Overpeck Creek Ridgefield Park because you can sometimes see the transmitter strapped to her back.

But we've never been able to see a transmitter like hers fairly up-close until now, under some unfortunate circumstances.

Kathy Clark of the state's Endangered and Non-game Species Program reported last week that a Bald Eagle  "was recovered dead on Picatinny Arsenal in mid-May.  Necropsy report boils down to impact trauma.  The bird was still wearing an old-style backpack transmitter."

New York State found that "the bird was hacked in the first year of the NYC project [2002] at Inwood Park [in Manhattan].  It was a 7-week-old wild nestling from Wisconsin.  It was banded 629-30172 and A62 and outfitted with a Telonics 3 year backpack."

Kathy reports that the transmitter "certainly looks older than 13 years, being a solid metal case. Looks like an old clunker."

Alice was hacked in Inwood Park in 2004 and outfitted with a similar transmitter.

"It may have lost padding that would have been against the bird's skin," according to Kathy.  "It weighs 72g, which is nearly exactly what the new satellite tags weigh (70g plus harness)." 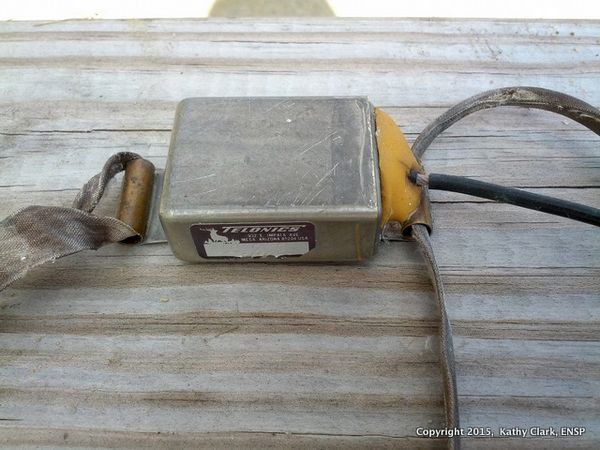 Scenes from the Kearny Marsh by Kayak 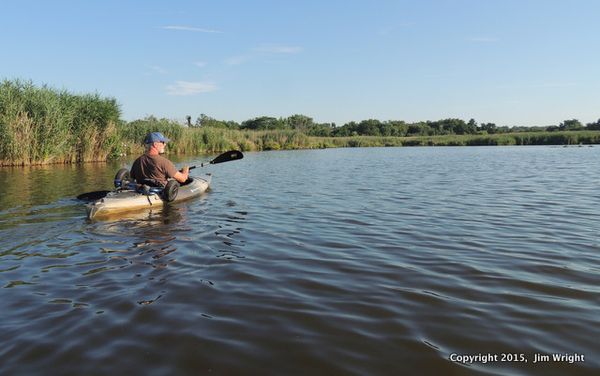 Kayaked the Kearny Marsh on Saturday with Ron Shields and Roy Woodford.

Highlights included Tri-colored Heron and many Least Bitterns.  Tri-colored was too cooperative. Would not leave.

And lots of Marsh Mallows. (Thanks, Ron and Roy!) 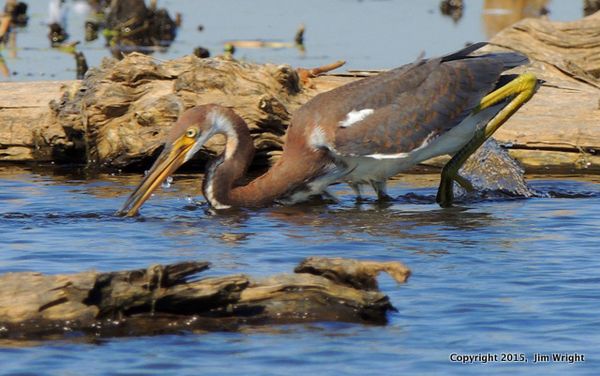 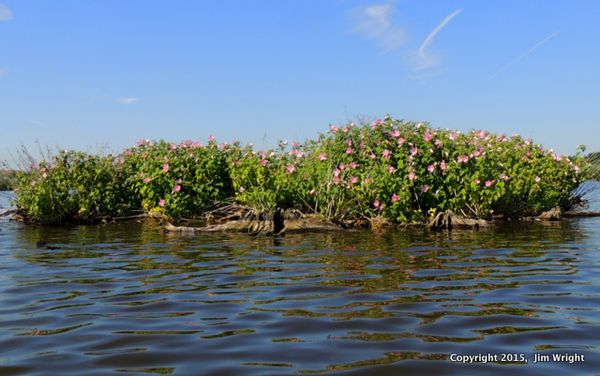 Continue reading "Scenes from the Kearny Marsh by Kayak" » 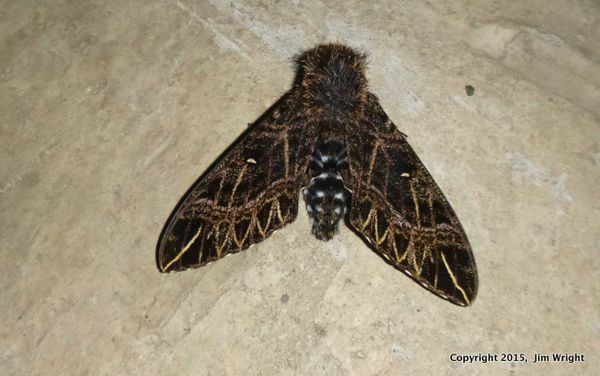 In honor of National Moth Week, which concludes tonight, I thought I'd post a few awesome hawk moths from Peru -- taken at Cock of the Rock Lodge and a field station a few hours away.

The moths we saw in Peru were far more extraordinary than their day-shift buddies, the butterflies. 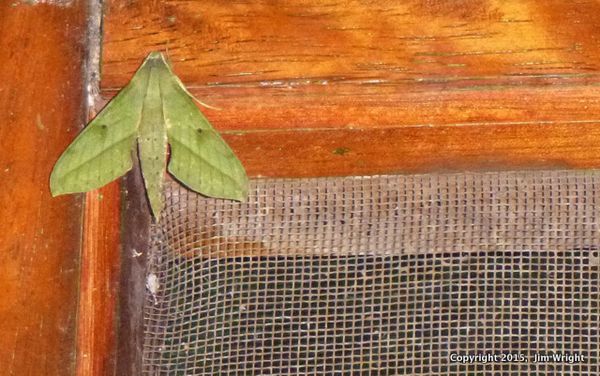 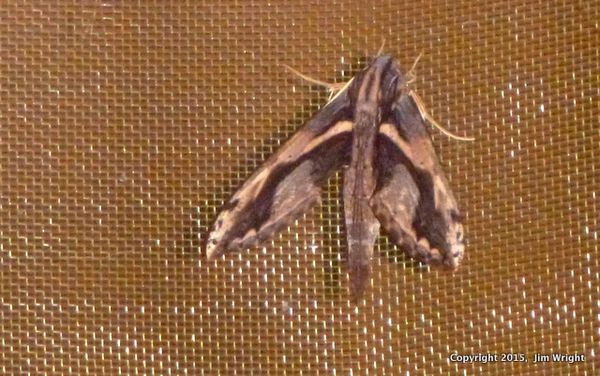