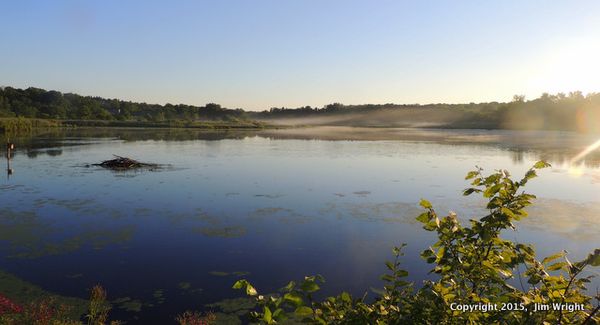 Brought my spotting scope to the Warden's Watch to look for the Sora, which had been seen as recently as Monday near the Pirie/Mayhood Tower.

Had three species of Heron, Red-shoulder calling, and lots of Wood Ducks, but no Sora. Not complaining.

Did have a pretty nice view. Nice way to end July.

My Record Column: The Other Suspects

Although our consulting detective said the likely culprit was a screech owl, Record readers had no shortage of other suspects.

* Crows: “This year our backyard had 3-4 Crows that were very disruptive to our bird population and nest/bird destructive. They not only grabbed eggs from various bird nests but on at least one occasion brought just “the head of a robin” to our birdbath,” writes G. L. of Woodcliff Lake.

* Hawks: “My wife and I have found three headless sparrows in our

backyard this summer. The first one was completely defeathered, which I think is the work of a hawk,” writes G. C. of Ridgewood.

*Sharp-shinned Hawk. “I Googled Hawks and this is the only one in my opinion that makes sense. Any predator would have to be in the daylight and it only eats the heads (gross).” writes C. D. of Clifton.

* Chipmunk. “One day I saw a Chipmunk carry away a female or

juvenile House Sparrow. It carried it from the ground under the suet feeder. Either it was eliminating competition or eating the head because it was nutritious or both,” writes P. K. of Oradell.

* Blue jays. I had the same thing happen in my backyard. Dead sparrows, with their necks half torn apart. I've also actually seen them pull baby sparrows

from their nest, and go for the jugular vein," writes L. M. of Rochelle Park.

* House Sparrows. “They did this to have a superior race and only letting males live,” writes S. F. of River Edge.

* Fox. “The homeowner did not mention a fox
but I know that decapitation is their M.O,” writes D. L.

* Grackles.I see those menacing grackles are at it again,” writes R.F. of Waldwick.

* The bird detectives themselves. “ It appears that

Inspector Jacques Clouseau has been cloned and resurrected as Detectives Stiles Thomas and Jim Wright - - a most cunning duo bent on mischief and deceit,” writes C.W. of Allendale. 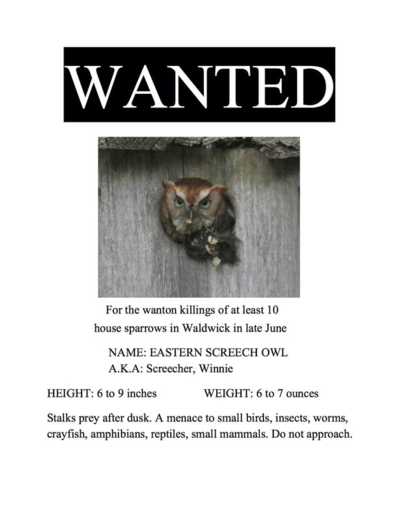 My latest column is an expert consulting detective's take on "The Case of the Spurious Sparrows."

A big thanks to Kevin McGowan, an ornithologist and project manager for distance learning in bird biology at the Cornell Lab of Ornithology.

Also featured in the print editions are readers' solutions to the crime. I hope you enjoy it.

The link to the online edition is here. 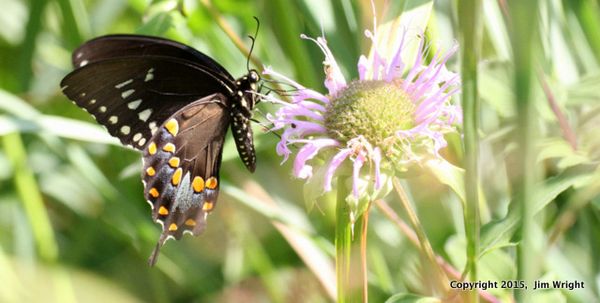 Also had a coy muskrat and an arbitrary groundhog, plus lots of dragonflies. 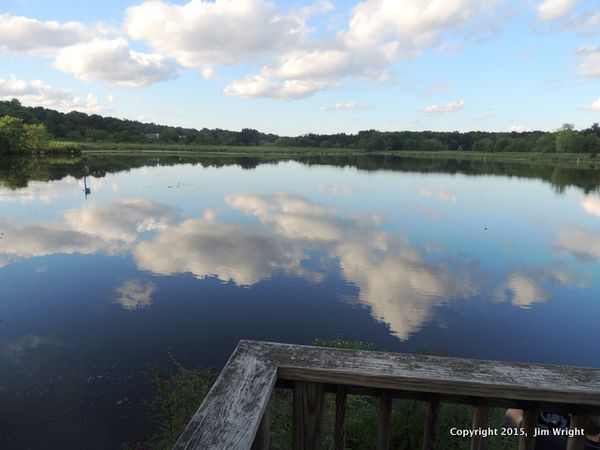 Took this photo from the Warden's Watch three years ago. Still kinda like it.