My New Duke Farms Post: Looking Back at the 2015 Nesting Season 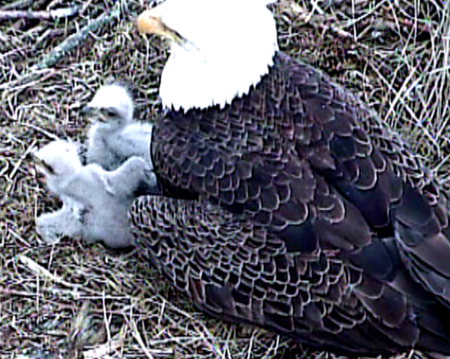 My latest post -- and likely one of my last posts for Duke Farms for a while -- is a recap of the 2015 Bald Eagle nesting season.

The 2015 Duke Farms Bald Eagle nesting season had bad weather for bookends -- from the record cold temperature in February to the the lightning strike that recently disabled the Eagle Cam.

As the season comes to a close, what better way to salute the two young Bald Eagles in Duke Farm’s Class of 2015 than to look back at the past 20 weeks, from the snows of winter  to the boisterous eaglets of June?

The accompanying pictures also attest that it has been an eventful year.

LG Agrees to Lower the Height of its New HQ

A heart-felt thank you to LG for finally coming to its senses and abiding by the wishes of the public and reducing the height of its proposed headquarters along the Palisades, and a big thank you to everyone who fought so hard to achieve this compromise.

Fyke was one of the groups that joined the opposition, but other environmental organizations led the charge and deserve the credit.

The Record's story is here.

Thursday, June 25, 6 to 8:00 p.m.
Rohsler's Nursery, Franklin Tpk., Allendale
Butterfly Habitats
with Don Torino, president of the Bergen County Audubon Society
Butterfly expert and advocate Don Torino will explain how we can help save the Monarch – and countless other varieties of butterflies and insects.

Learn about the proper plants that will sustain the Monarch population and become part of the solution to this worldwide problem.

Moby Fritillary at the Celery Farm 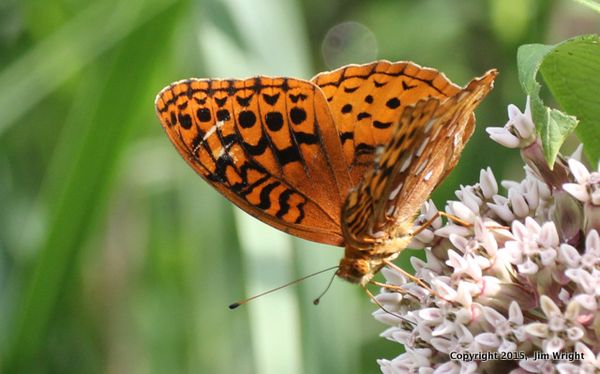 No, it isn't white, and no, it isn't big, but I have been a latter-day Captain Ahab for several days in my quest to photograph this fritillary zipping around the milkweed that Fred Weber planted along the Green Way field.

Today, it finally sat still enough for a photo. I wish I had photographed him sooner -- something took a bite out of his wing. (I believe it's a male Great Spangled Fritillary.)

Butterfly species seen at the CF in the past two days:  Silver-spotted Skipper, Summer Azure, Broad-winged Skipper, (likely) Least Skipper, Question Mark (or is a Comma?, below), Black Swallowtail, Eastern Tiger Swallowtail, Clouded Sulphur, Gray Hairstreak, Cabbage White and the Fritillary -- that's 11 species I saw that I can think of off the top of my head. Not bad. 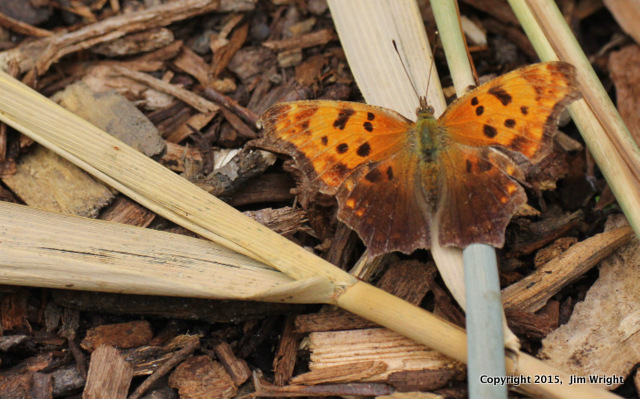 Update on LG and the Palisades

The Record has an informative article on the standoff on LG Electronics' plan to build an office tower that would ruin the Palisades skyline north of the George Washington Bridge.

A redesigned building would mean the same amount of jobs, without wrecking everyone's view of this national natural-history landmark.