Answers to a Couple of Monday Mysteries 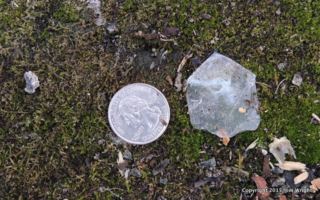 The shiny object next to the quarter is the scale from a carp at the Celery Farm.

Congrats to Carol Flanagan for getting the right I.D.

Lots of fish scales waiting to be had at the Celery Farm, though the sushi is getting a tad ripe. The other mystery was who made a series of holes in trees at High Mountain Preserve in Franklin Lakes.

Louise Riccobene concurred, so I guess I was right.

(Congrats to Louise and Carol.) 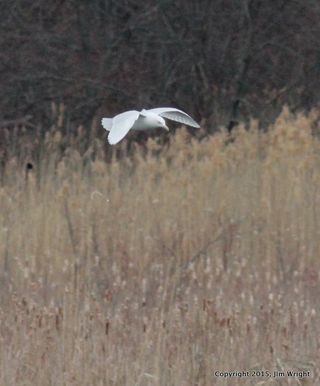 at the Celery Farm this morning. I was able to get a some photos.

Rob believes it is a Glaucous Gull, but wants to do more checking.

Rob writes: "I now believe this to be an adult Glaucous based on pure white wing tips/linings and size appearing slightly larger than most of the Herring Gulls.

"Iceland adult usually shows some light grayish wing tips. The head did not look particularly block-headed but not exactly rounded either.

"Either way this is a long-awaited first for the CF! The bird was still present at 9:05 a.m. when I had to leave for work."

At least one other expert is leaning toward Iceland Gull.

In the meantime, am posting some pix here and (soon) in a gallery on right.  What do you think?

Bird may still be at the Celery Farm, out fairly far on Lake Appert. 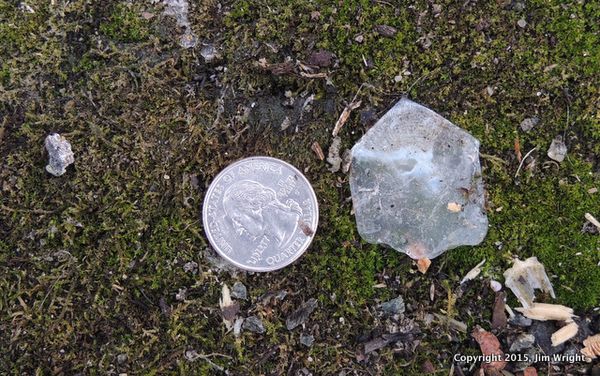 Found this near the Warden's Watch recently. What is it?

(Quarter, on left, is to give you a sense of scale. The quarter is no longer there, so don't get any ideas.) 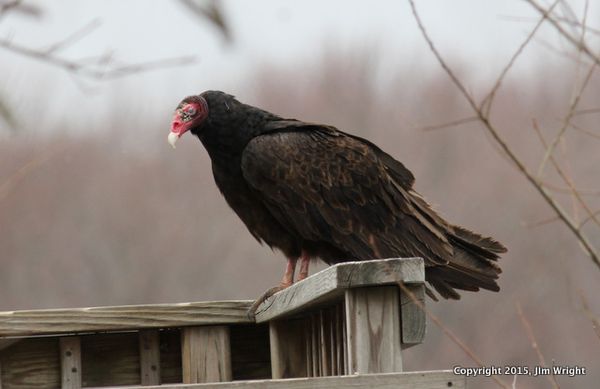 Because of the huge winter fish kill, the Celery Farm has turned into Vultureville.

On Saturday I counted at least 50 Turkey Vultures and four Black Vultures.

(Today had two Bald Eagles and two Red-tails overhead within a minute of each other.)

A good explanation of why we had such a huge fish kill is here. 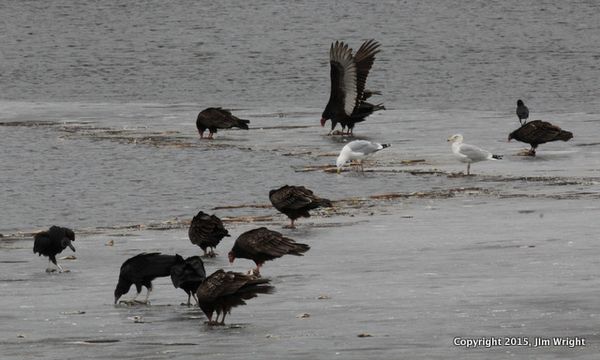 The Record's Story on the Red-shoulders' New Nest 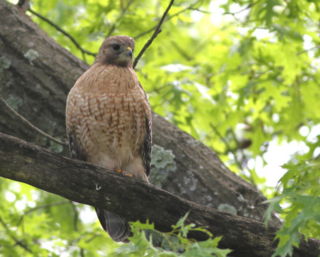 Jim O"Neill of The Record did an update for Sunday editions on the Red-shouldered Hawks of Allendale and the thwarted effort to install a videocam near their nest.

The article is here.