Are you up for a friendly Celery Farm Big Year Contest for 2015?
I invite your thoughts, keeping in mind that we need to keep this simple.

The rules would be that participants can count any bird seen in or from the Celery Farm or nearby John Fell House (in order to promote both of these treasures, which were originally part of the same property).

I propose two divisions, individual and team of two (Patty and I might compete as a team, for example), with awards for top individual, top team, and a prize winner drawn at random to encourage all birders to participate, not just our ace birders.

Honor system, but maybe at least two witnesses or a definitive photo for any bird never seen before at the Celery Farm/Fell House.

Perhaps I could post quarterly standings on this blog if it's not too time-consuming ...
Suggestions? 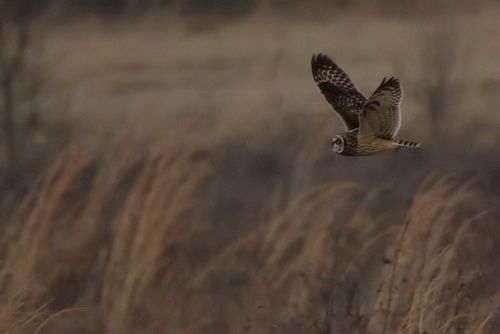 Kevin Watson and I have an article on Duke Farms in winter in the December issue of New Jersey Monthly.

Along with Wave Hill, it just might be my favorite home away from (my Celery Farm) home. 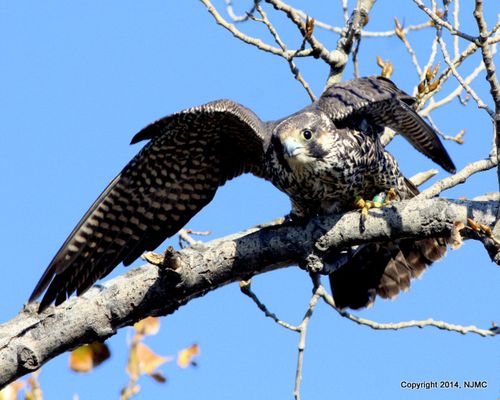 My latest column for The Record and Herald News is the story of a banded Peregrine Falcon photographed in North Arlington, and how much could be gleaned from just the two numerals and two letters on its band.

The same Peregrine -- from NYC -- had been photographed by Jill Homcy in  Carlstadt a few weeks earlier. This girl gets around and hangs around (the Peregrine, not Jill).

Who says there's no good news?

The Record just posted an article by John Brennan, who reports that New York State has decided against building a casino in Sterling Forest (an environmental distaster in the making) or near Woodbury-Commons (which would have been right next to Allendale Founding Father John Fell's grave site).

Instead, a new casino will be built in the Catskills, where the local economy could really use a shot in the arm. 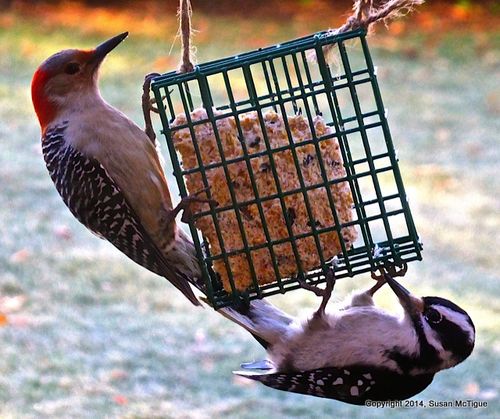 Can you ID these two birds?

Susan McTigue took this photo recently  at her feeder. (Thanks, Susan!)