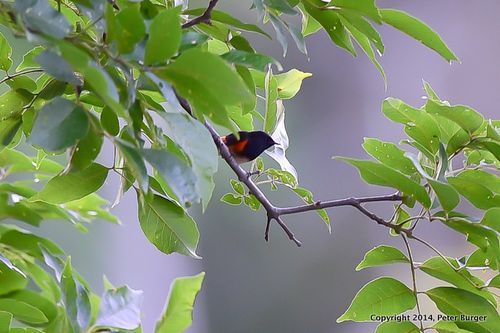 Is there a word for what a happened to several birders at the Warden's Watch on Friday evening?

Three birders were on the platform, and two birders were below, in front of the platform.  One birder thought he saw a female Redstart darting in the trees on the nearby little peninsula to the left. A birder above started looking and glimpsed the bird as well -- but he determined it was a male Redstart.

A friendly disagreement ensued. Peter Burger, a photographer, happened to get a "grab shot" of the bird -- a male Redstart, for sure.

When the folks below saw the photo the following day, they realized they had been looking at a totally different bird, likely because of the different vantage points.

Thanks to photography, the mystery was resolved.

Is there a word for this, sort of like a parallax view? 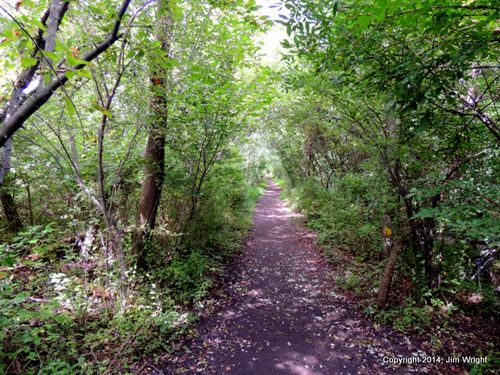 Going to miss walking in the shade of the Celery Farm on a summer's day. 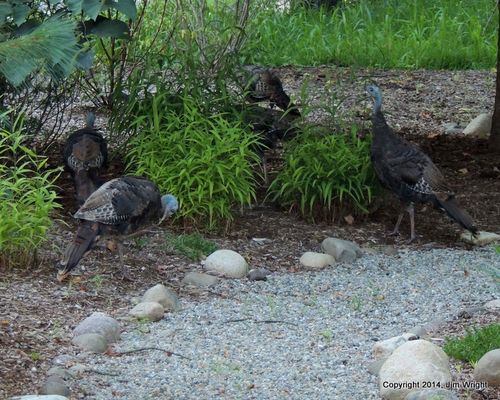 Been seeing as many as seven turkeys wandering around the Fell House property, my property and the Celery Farm this week, so be careful if you are driving on Franklin Turnpike.

All About Knotweed & More

Don Torino's latest column for wildnewjersey.tv is all about that bane of the Celery Farm, Japanese Knotweed.

My new Bird Watcher column in The Record and Herald-News is about the ways you can make your windows safer for birds. The column features an interview with Professor Daniel Klem (below, next to a bird-safe window) of Muhlenberg College.

Klem has studied the enormous problem of birds crashing into buildings for more than 40 years. 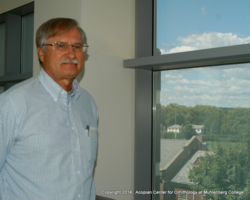 The subject of bird-safe indows has been in the news of late because the Minnesota Vikings have balked at the idea of using bird-safe glass in their new billion-dollar stadium (above).

Since conservation, like charity, begins at home, I thought I'd explore ways folks can reduce bird strikes in their own backyards.

My only regret with the column is that I could have written more.  Many of us remember the problems we have had locally with our beloved Red-shouldered Hawks crashing into windows -- including momma superior Laura, who has successfully nested in Allendale for several years.

Laura was found dazed in an Allendale yard and brought to The Raptor Trust, where she recovered from the accident. Her predecessor  died after striking a window in 2007.

A link to the column is here.