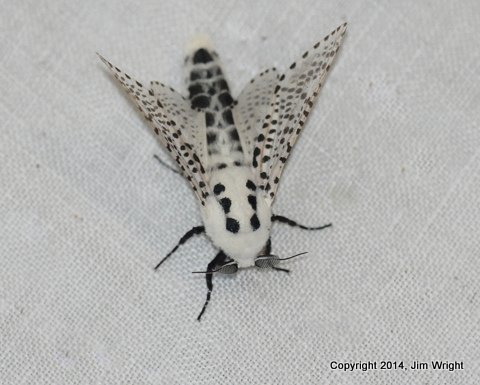 The Third Annual Allendale Moth Ball, a free celebration of moths and other nightlife -- featuring a great live band -- takes place Friday, July 11, from 8:30-10:30 p.m., at Crestwood Park in Allendale.

That's a Wood Leopard Moth above, photographed at last year's Allendale event. How cool is that? 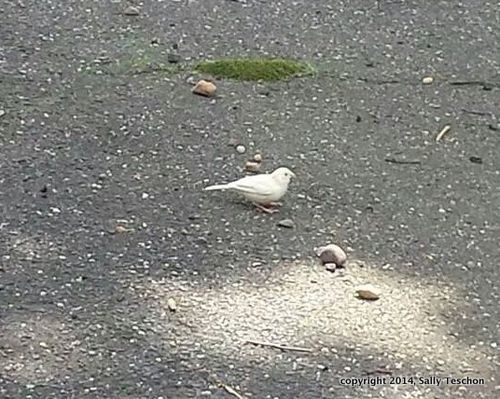 A friend of Sally Teschon passed along this photo to Sally, asking for  ID help with strange white bird in a nearby driveway...

I had a little trouble gauging size, but Stiles T. knew what it was right away. 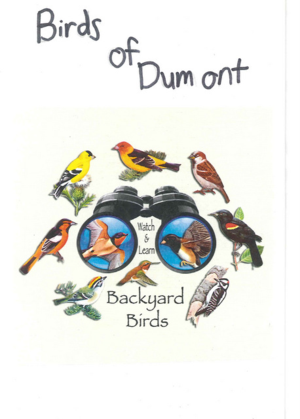 Sibley and Peterson, move over. There's a new field guide to the birds of Dumont, N.J., produced with TLC by Mrs. Metz's recent second grade class at the Grant School in -- how'd you know? -- Dumont, N.J.

I can't tell you how excited I was to get my copy in the mail. I think it may well be a very limited edition, and mine was autographed by the authors.

If you would like to borrow the book for your next birding trip to Dumont, just let me know.

Thank you, Mrs. Metz and your nifty students! 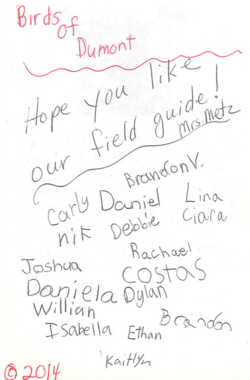 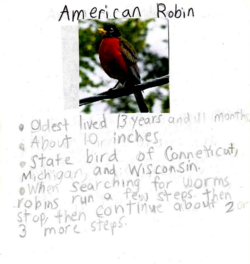 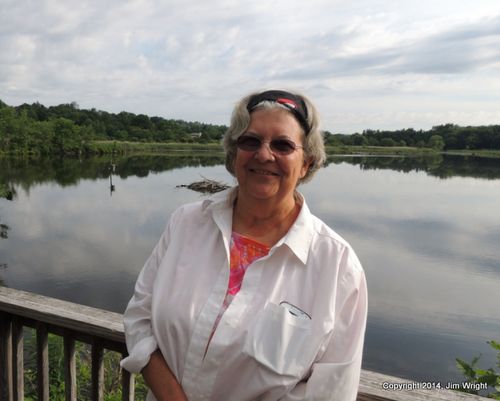 Patricia Cooper, a descendant of the Bajors -- who farmed part of the Celery Farm site for many years and whose property incorporated all of Fox Run -- visited the Celery Farm last weekend and shared some wonderful memories of growing up here.

Pat is the poet who wrote "Layers of Memories" about her youth.  It has become a delightful video on YouTube, narrated by Pat herself!

If you have not seen it, what are you waiting for?  Some say it rivals "Citizen Kane":

Moth Ball Is Coming Up on July 11! 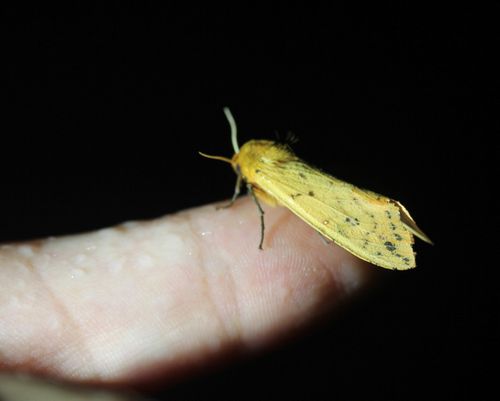 Dance (the Jitterbug?) to live music by the After Hours Band, an awesome classic-rock group, and enjoy the great outdoors after dark. There’ll even be a surprise or two.

When the band takes a break, take in a quick and entertaining slide show about why most moths have gotten a bad rep.

“We had the Moth Ball at the John Fell House the past two years, and it was such a big hit that we thought we’d try a bigger venue -- with a live band,” said Jim Wright, one of the event’s organizers. “We also wanted to highlight some terrific local non-profit groups.”

The Moth Ball marks the unofficial start of National Moth Week (nationalmothweek.org). Liti Haramaty, a founder of the international event, will again join us for the festivities.

The free event is open to all and sponsored by the historic John Fell House (a.k.a. the Concerned Citizens of Allendale), the Fyke Nature Association, the Allendale Green Team and the Bergen County Audubon Society. Bring your own refreshments, but go easy on the bug spray.

The After Hours Band was nice enough to donate its performance as part of a fund-raiser for the John Fell House.

National Moth Week encourages people of all ages and abilities to become “citizen scientists” and contribute scientific data about the moths they observe in their own communities.

Around the country and the world, people hang white sheets and turn on lights outdoors in backyards, parks, camps, fields and woods during National Moth Week to observe and document one of nature’s most diverse – and misunderstood – creatures.

Last year, more than 400 moth-watching and educational events were held in all 50 states and 41 countries during National Moth Week.