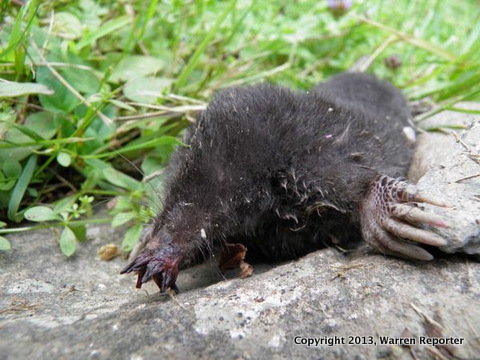 The first time my wife Patty and I saw a Star-nosed Mole -- in the Celery Farm more than a decade ago-- it was deader than a doornail but unlike anything we had ever seen. We had no idea what it was. Patty and I thought we had made a huge discovery.

So we brought it home, put it in a plastic bag in the freezer, and told then-Marsh Warden Stiles Thomas.  He kindly informed us that it was a Star-nosed Mole, and not uncommon.

Not knowing where it had been, we removed it from the freezer and left it outside to become some predator's carrion luggage.

Long story short, just came across this great story on Star-nosed Moles in the Warren County Reporter, via wildnewjersey.tv. Link is here.

Would love to post a shot of a live Star-nosed Mole at the CF!

Wild Turkey Family in the CF! 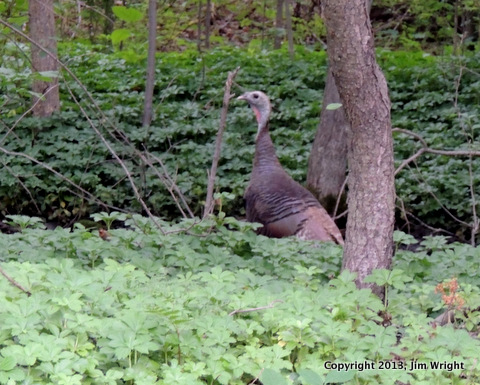 My wife Patty saw this female Wild Turkey and 8-9 youngsters cutting across our side yard this morning on their way to the Celery Farm. I took this shot as the mom entered the CF.

Stiles Thomas had seen a Wild Turkey family in his yard up until last week -- perhsaps the same brood. 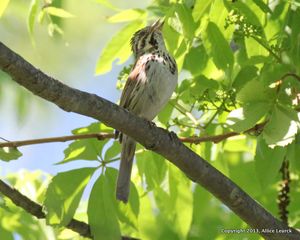 Kyle Laskowski, a senior at Northern Highlands in Allendale, made this video  for a final project in his  advanced film class. 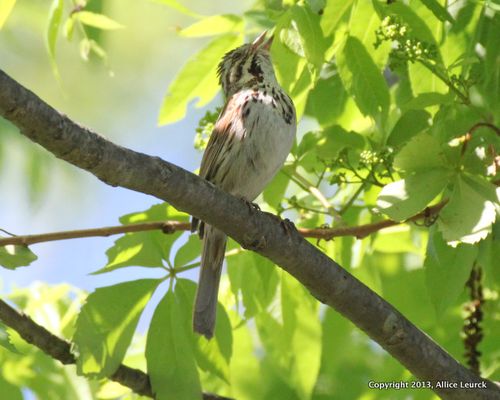 Alice Leurck photographed this guy singing in the Celery Farm earlier this month. Who he?  (Thanks, Alice!)