Jim Kuehlke took this beautiful shot of a Lesser Scaup at the Celery Farm today.

Judging from the reports I am reading, the Celery Farm is an even amazing place than usual to be. (Thanks, Jim!) 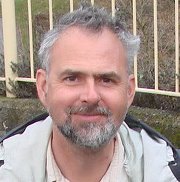 Rick Wright is the guest speaker at Friday's Fyke meeting. I am disppointed I can't attend, because I have heard nothing but rave reviews for Rick's talk.

He is a terrific speaker, a terrific birder, and no relation to Jim W. :-)

Here's a description of his talk:

Geronimo, the General, and the Hummingbird
Renowned bird writer and lecturer Rick Wright takes us back in time to when soldiers serving on the Southwestern frontier in the late nineteenth century sought distraction from the heat and tedium however they could.

In rough towns and rougher outposts, whisky, women, and cards were favored pastimes, but on campaign, other pursuits had to break the boredom— among them, birding.

Even General Crook was a birder, and his “capture” of Geronimo’s band in 1883 is tied in surprising ways to the general’s pursuit of a particularly beautiful hummingbird. 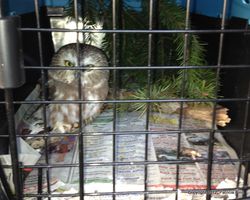 Great news. Talked to The Raptor Trust over the weekend, and learned that the Northern Saw-whet Owl is making a great recovery and should be released soon.

(My wife drove the bird from Franklin Lakes; still trying to find out where and how the bird was injured.)

Sad to report that a Canada Goose that my wife took to The Raptor Trust on the same trip did not survive.

The Raptor Trust is a wonderful place. It tries to save birds of every feather. 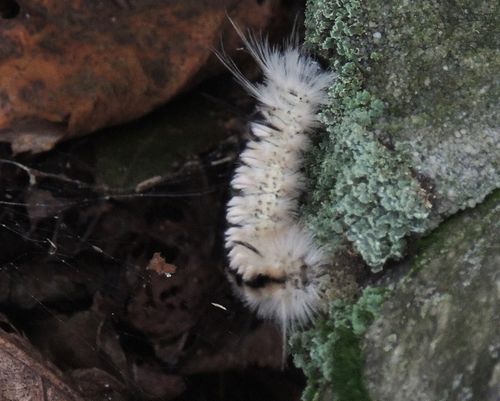 Saw this cool caterpillar on the trail to North Lookout at Hawk Mountain last month.  What is it?

Waxwings abounded at the Celery Farm on Sunday, feasting on crab apples.

(Thanks for the tip, Malcolm!)  Here a couple of pix. One more -- of a young one eating a crab apple -- follows.