Lapland Longspur in Cape May 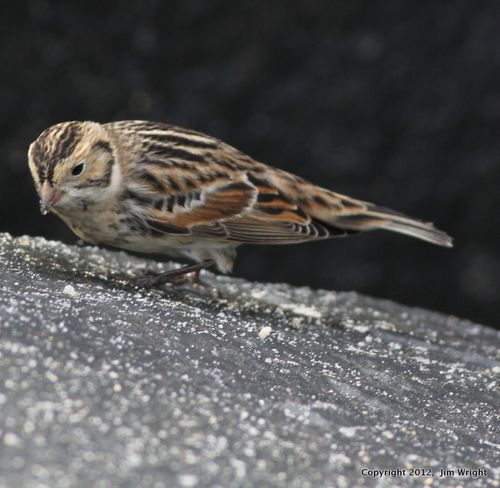 In Cape May for NJ Audubon's  Autumn Birding Festival, and was able to get great looks at a Lapland Longspur -- a life bird for me....

On a jetty at the end of Beach Avenue. 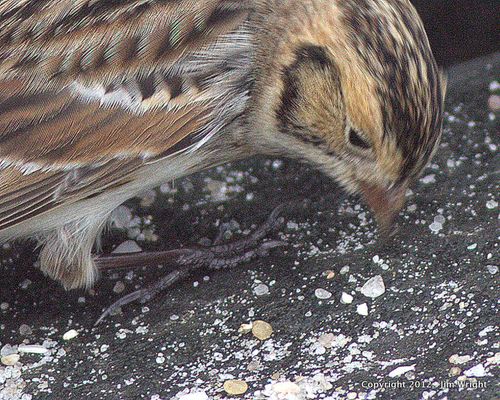 You can sort of see the long spur in the above shot if you squint a little. 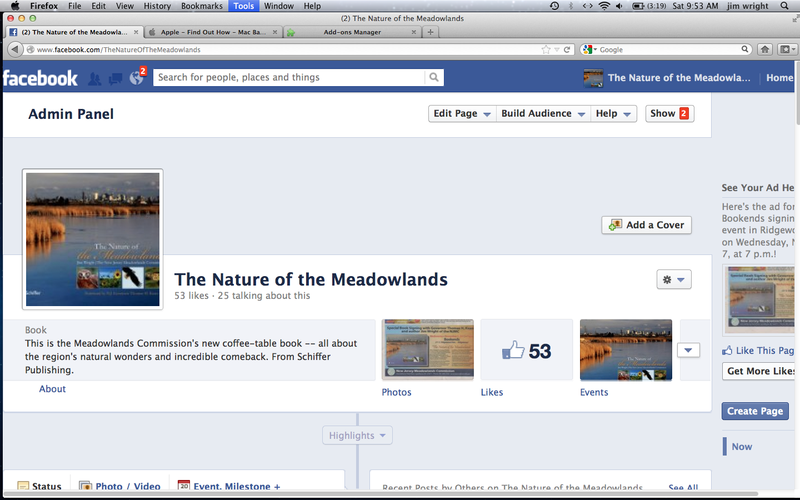 "The Nature of the Meadowlands" has its own Facebook Page, filled with photos and a listing of all the times and places that I'll be talking about the book  -- including the BCAS in November and Fyke in January.

I am putting the info there so that this blog doesn't get cluttered.

So please check it out and "like" the page!

The link is here. (Thanks!) 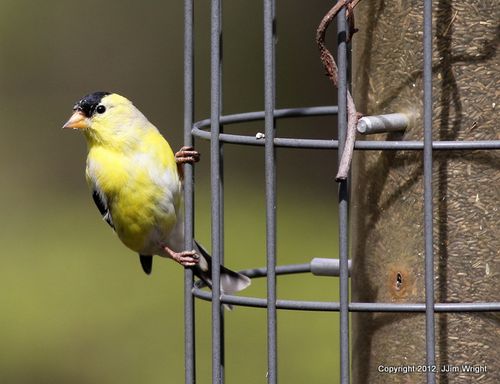 My latest column for The Record and Herald News features an interview with Patrick Scheuer, director of NJ Audubon's Lorrimer Sanctuary -- all about the dos and don'ts of backyard feeders. 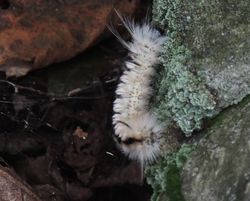 Congrats to Denise Farrell for IDing the caterpillar correctly!

The female EURASIAN WIGEON has returned to Darlington Lake in Mahwah for its 3rd fall/early winter. I originally discovered this bird on 21 Nov. 2010.

It was first reported yesterday by Doug Morel and it has also been seen today. It was with a small group of American Wigeon (13) A drake Gadwall and Great Blue Heron were also present.

The Wildlife Center in Wyckoff produced by first of season FOX SPARROW (2), a FIELD SPARROW, a flock of 8 BLUEBIRDS, a BLUE-HEADED VIREO, Palm Warbler, Phoebe, and both Kinglets.

PURPLE FINCHES and SISKINS continue daily and were seen at both locations, incl. an adult male at the CF.  (Thanks, Rob!)