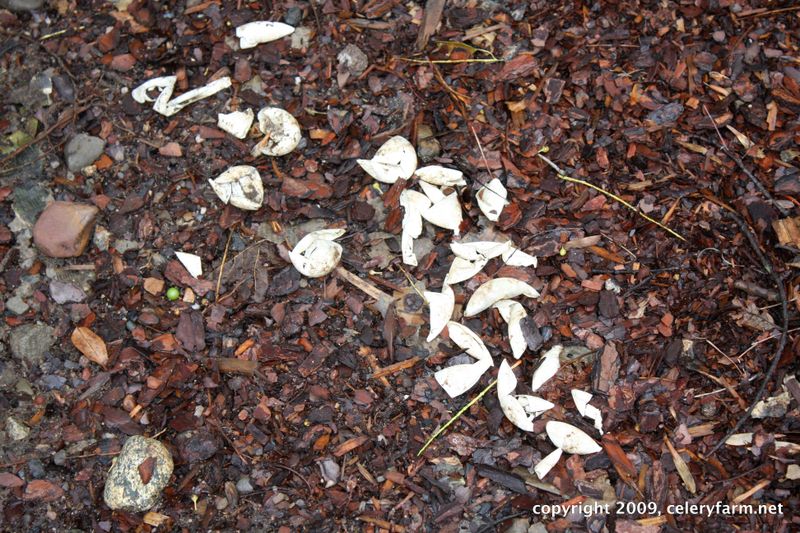 A few weeks back, I posted an item about a Snapping Turtle with blue paint on her shell who had laid her eggs in my side yard.
Judging from the collective carnage in the yard, I would have to say that once again it was a maternity ward for Snapping Turtles, and once again a predator or two used it as their pantry.
There must be a hundred pillaged turtle eggs scattered across the mulch.
By now, it seems clear that the turtles' reproductive strategy is to lay as many eggs as possible, and hope that the raccoons and other predators miss a few.
By now, given the number of Snapping Turtles in Lake Appert and environs, the strategy seems to work.

Other "Reptiles and Amphibians" posts here. 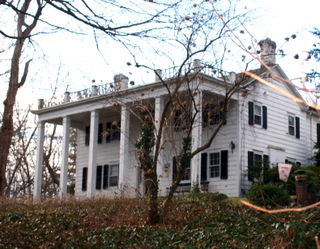 Allendale's Fell House, that stately white mansion just down the street from the Celery Farm parking lot on Franklin turnpike, was recently named one of the state's 10 Most Threatened Historic Sites.
To celebrate this new honor -- and help raise awareness and more money to save this treasure, the Concerned Citizens of Allendale is having a fund-raiser at the Allendale Bar and Grill tonight [June 29] from 8 to 11 p.m.

Buy dinner, a snack, a beer,a glass of wine, and part of the proceeds will go to the Concerned Citizens of Allendale, a non-profit grassroots group.  Find out more about why the house is so valuable historically and why the property is so valuable environmentally. Or just relax and talk about nature, summer and the upcoming long Fourth of July weekend. 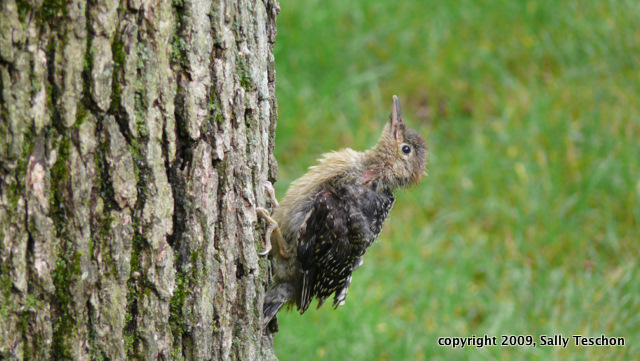 Click "Continue reading..." for the biggest clue you'll ever get. Really.

Winning essay on Celery Farm and teaching about nature 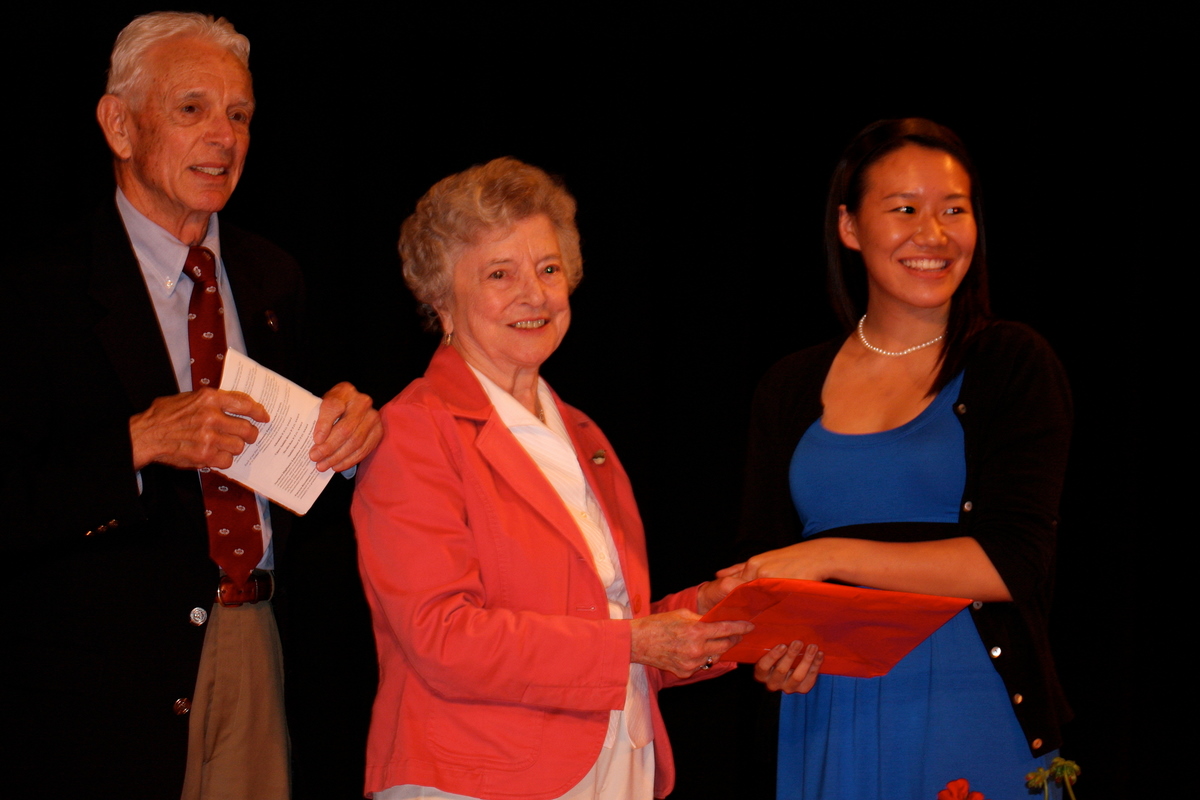 Carol Flanagan, president emeritus  of Fyke Nature Association, was able to obtain the following essay about the Celery Farm written by Northern Highlands Senior Diana Wang, which helped her win the first annual Lillian and Stiles Thomas Scholarship.
Thanks, Carol, and congratulations, Diana.


“Let me show you something,” Stiles Thomas, the marsh warden of the Celery Farm enthusiastically combed through a thick bush of purple flowers.
“This is purple loosestrife. It’s pretty isn’t it?”
I nodded, admiring the vibrant splash of color.
“Well, it’s an invasive species.” He continued, explaining how they originally took root in the Celery Farm and how beetles needed to be released to control the population.
What I had thought was the most attractive plant was the most harmful. Fascinating. An invasive species, I learned, was a non-indigenous species that negatively affected the invaded habitat. Then what does that make us humans, who are guilty of exploiting and taking over the land? I guess that makes us an invasive species too…

Click here to read more about the Lillian and Stiles Thomas scholarship.

Click "Continue reading ... "  for the rest of Diana's essay.

My column in today's Record 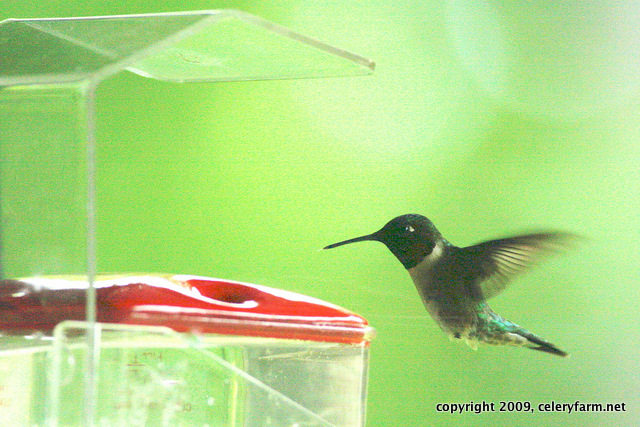 My birding column in The Record today is all about Ruby-throated Hummingbirds and how to attract them to a window feeder.
I took this shot of a male Ruby-throat earlier this week.
Look for the column on Page 4 of the Better Living section. The link is here.