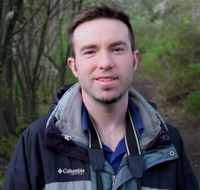 A decent push of late migrants arrived at the CF overnight--highlighted by a singing MOURNING WARBLER.
It was in the area of the big Willow (along the main path but on the BH Pond side) It was singing occasionally.
I first saw it just after 8AM, and I saw it again (not singing) at 10:40AM. This is the same spot where a Mourning lingered last year for about 4 days.

Click "Continue reading ... " for the rest of Rob's report.

After a bit of a glitch, you can now use "celeryfarm.net" to access this blog, as well as use the more-cumbersome "celeryfarm.typepad.com."  It all had to do with arcane items such as "domain mapping" and the like, and I am hoping that I don't have to tweak the settings again -- ever. :- ) 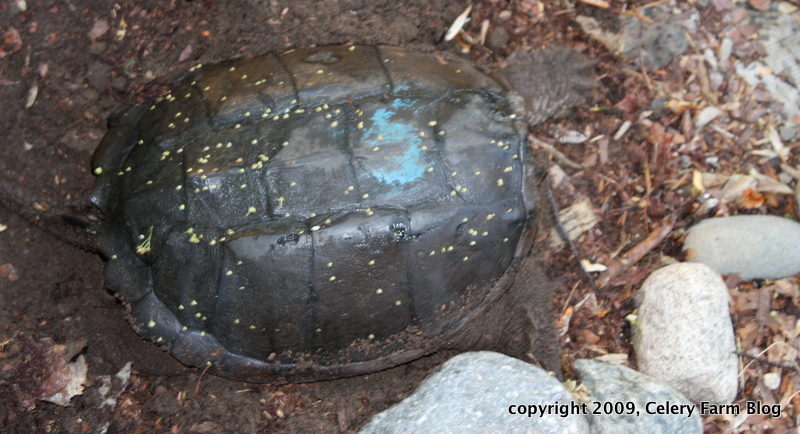 This Snapping Turtle was laying her eggs in my sideyard earlier this week. I noticed that she had a light-blue dot on her shell.
Does this mean anything to anyone?  (Insert joke or post a helpful comment.)
To see the world's greatest snapping turtle egg-laying video ever, click here.

Tree Swallow in a Nesting Cavity

Up by Halifax Road in Mahwah, I saw a small bird zip into a nesting cavity in a Sycamore-- it turned out to be a Tree Swallow, using a tree. What a concept! 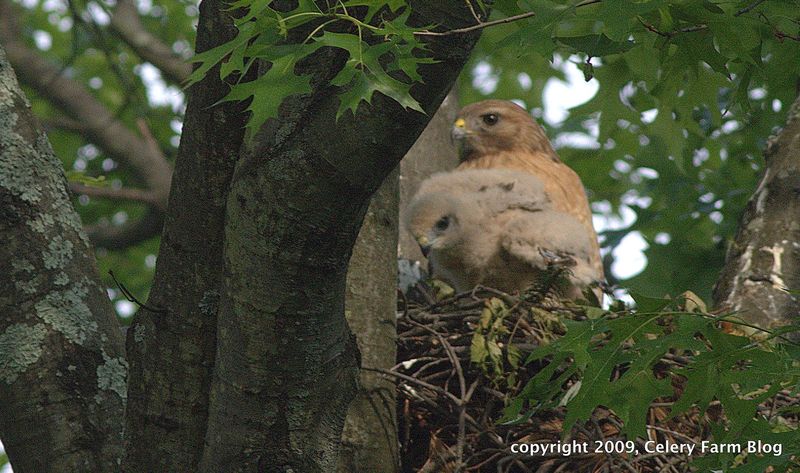 I am sorry to report that both of Allendale's Red-Shouldered Hawk nestlings have apparently died.
The hawks, an endangered species in New Jersey when breeding, were in a well-tended nest near Crescent Avenue.  Though the smaller nestling had presumably died last week, the other was doing well as of late Sunday afternoon, when the above photo was taken.
The owners of the house, who had become quite attached to the Red-shouldered family who had taken up residence in the oak in their front yard, said they sensed something was wrong early Monday morning. Neither Red-shouldered Hawk was present at the nest, and there was sign of the youngster.
When the owners returned later that morning, they saw the two adults flying high above the nest, calling. The female hawk went into the nest briefly, then flew off.
The owners of the house checked all over the yard for any sign of the nestling, but there was no trace.
Marsh Warden Stiles Thomas, who has followed the local Red-shouldered Hawks for nearly a decade, says that the young hawk was probably killed by a predator -- a Great Horned Owl, Red-tailed Hawk or possibly a raccoon.
The Red-shouldered Hawks have nested in Ramsey or Allendale for the past eight springs, but have had only two successful nests.