Just a reminder to make your reservations now for the gala fund-raiser for the Save the Watershed Action Network, the folks who protect the Hackensack River Watershed.
Seymour Drakes'  best friend -- as well as several well-known naturalists and historians and guitar pickers -- will perform.
The date is Friday evening, Feb. 13.
For more information, click here. 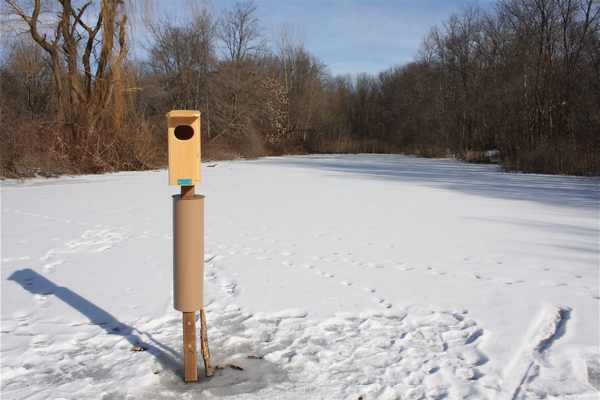 I am happy to announce that the Celery farm has a new wood duck box -- on Blue Heron Pond.
Marsh Warden Stiles Thomas and Allendaler Chip McGrath installed the box last week. Stiles also contributed the 4 by 4 and baffle. The wood duck box itself was the one that Jerry Barrack and I bought for our "Duck Enough To Fly" talks.
Nice job, Stiles and Chip!

All about Screech Owls

Screech owls are one of the most populous owls in America, but few people notice them because they are mostly creatures of the night.
People see them more often this time of year because the males are choosing nesting sites and protecting turf. Once they have found a site or two that they have decided to defend, they typically sleep during the day and sun themselves in late afternoon.
Screech Owls stand roughly nine inches tall, with a wing span of 20 inches. They weigh roughly six or seven ounces, with females slightly larger than males.
Screech Owls have all sorts of neat features, including a head that turns 270 degrees, extra eyelids, and an amazing sense of hearing.

If you have a question about these owls, e-mail me here.

Continue reading "All about Screech Owls" » 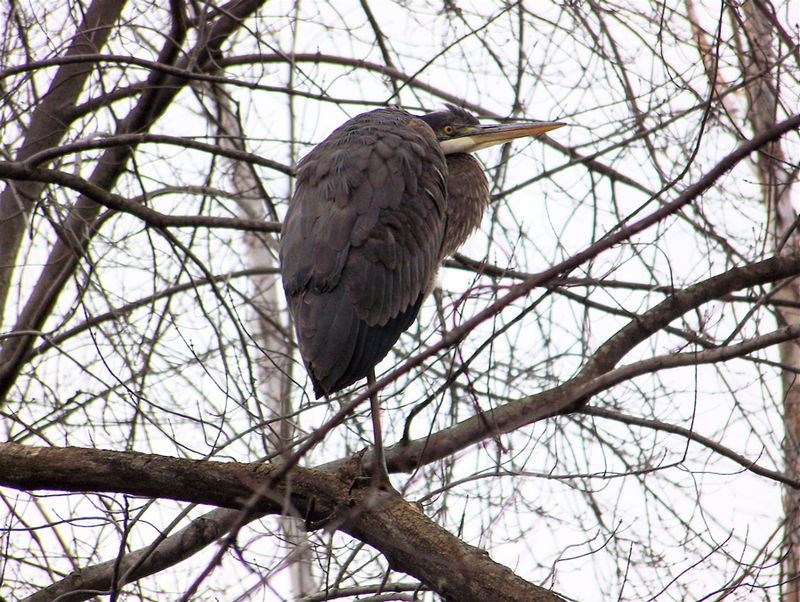 To Mr. Rorschach and the others those who thought "beehive," think again.  Congrats to those readers who guessed right.

I am happy to report that I finally got a Pine Siskin at our feeder -- and a nearby pine --this week...
It seems like they are hitting feeders everywhere these days,  especially interesting because they were migrating in droves past the hawk lookouts in October.
More on Pine Siskins here.